This page illustrates and comments on tools and equipment that were commonly used in the preparation of cakes and tarts, etc., up until around the middle of the 20th century.

The introductory page describes the materials from which they were made. I have personally used all the tools and equipment shown here or seen older people using them.

The oven in which my mother did her baking in the mid 1900s was a gas oven. My grandmother cooked on an old cast iron kitchen range. 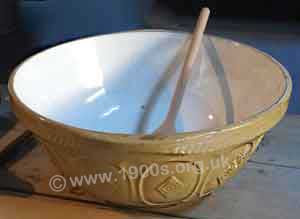 China mixing bowl with wooden spoon. For some inexplicable reason, all mixing bowls were like this: white inside and cream outside with a typical raised pattern. 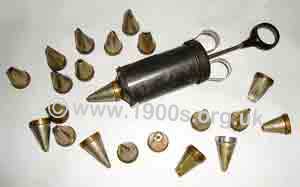 All metal icing set with interchangeable nozzles. It was hard work to force icing sugar out through the nozzles, so two fingers of one hand went through the finger holes and the other hand held the plunger. Then both hands worked against each other.

Hand operated egg beater, made of metal but with a wooden handle. 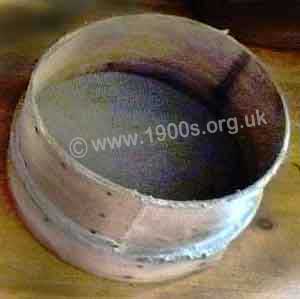 Flour sieve. Note that the casing for the metal mesh is thin whitewood, bent and secured into a circular shape. 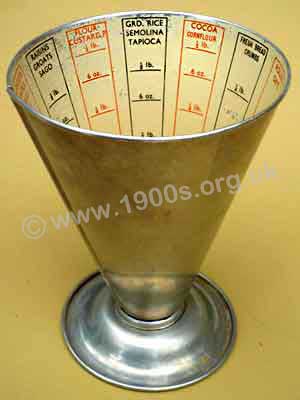 Measure for weighing ingredients by volume. Note the old imperial weight system of ounces and pounds. 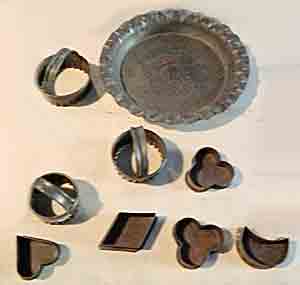 Metal biscuit cutters and moulds for cakes and tarts.