Picture palaces and 'the pictures' in the heyday of cinemas

Ways of saying 'Going to the cinema'

When I grew up in the 1940s and 1950s, no-one ever spoke of 'going to the cinema' or 'going to the movies' or even 'seeing a film'. It was always 'going to the pictures'. I don't think I properly registered the word 'cinema' until the late 1950s. Older people still spoke of 'picture palaces' or 'picture houses'. 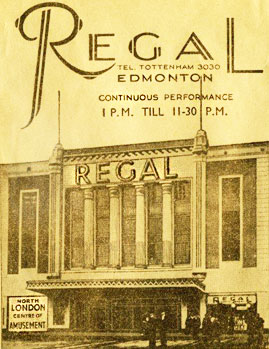 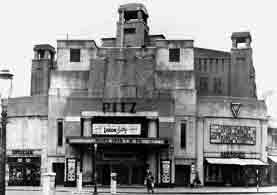 The Ritz cinema, Edgware. Tap/click for a larger image.

National groups or circuits of cinemas

Where I lived in Edgware, north London, our cinema was at the corner of Station Road and Manor Park Crescent. It was called The Ritz, and that is how we always referred to it.

There were, though, several national groups of cinemas, with each group showing the same programme at the same time, normally for a week. The main ones I remember were ABC, Gaumont, Odeon and Savoy.

So if a programme at one cinema didn't happen to appeal, there was always another cinema, belonging to another group, not far away.

Our Edgware Ritz was part of the ABC group.

Why cinemas were so popular

Cinema visits as a treat for children

In the 1940s I went to the pictures with my mother, who always took me as a treat on the last afternoon of the school holidays. In the 1950s I went with my friends in the evenings. In the late 1940s and early 1950s I also went to Saturday Morning Pictures.

This was the heyday of Hollywood and many of the actors who always seemed to be known as 'film stars' were household names. I collected their photographs by posting off requests to the production companies in Hollywood and invariably received a large signed photographs in return. At least, I thought they were signed, although the signatures were probably reproduction. I often received unsolicited autographed photographs too. I am surprised that this was regarded as a cost-effective form of advertising, but it certainly happened.