Cinema usherettes in the heyday of British cinemas

For many years I was a part-time cinema usherette on the evening shift, starting at about 6 o'clock and finishing after the last film at about 11 o'clock. Some usherettes worked afternoon shifts and others were full time usherettes. There were several of us on duty at any one time according to a ratio of patrons to staff. When there were not enough of us, doormen took over, as they worked similar shifts.

The main part of usherettes' work was to check customers' tickets, see them to their seats and keep an eye out for troublemakers. We called the customers 'patrons'.

Our time was mainly spent outside in the foyer at the entrance to the stalls and circle. We were only inside to show the patrons to their seats and to check everyone was OK. Usherettes would take it in turns to do this. 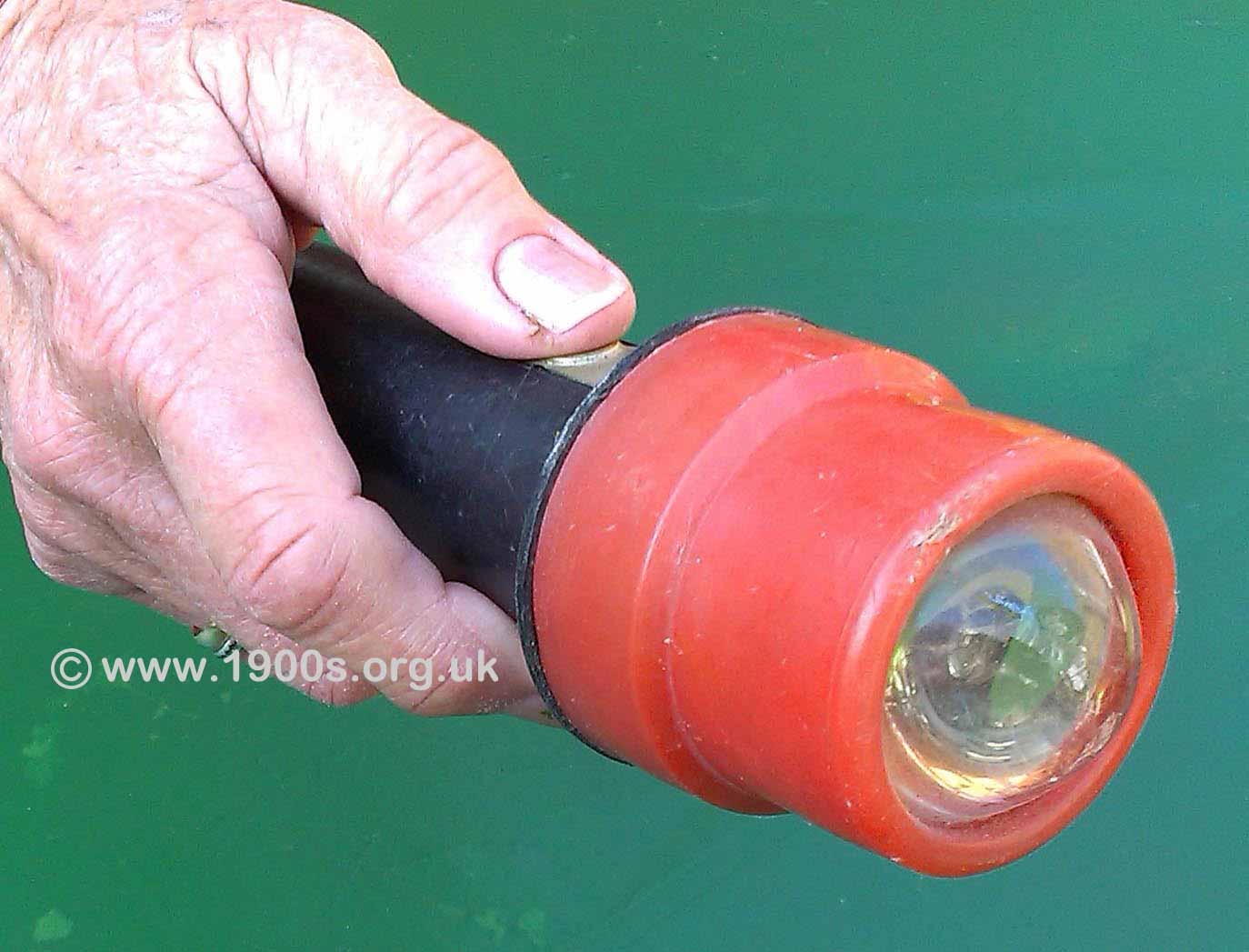 Usherette's torch. These torches were designed to give a long narrow beam which would extend across rows of seats to locate an empty seat while not shining in patrons' eyes or onto the screen. The beam was red, a colour that does not destroy the ability to see as well as possible in the dark.

We could also be asked to sell ice creams during the intervals which was good because it gave us the chance to earn some commission on top of our normal wages. The spotlight was thrown onto us to show patrons where we were.

When the feature film was on for the last show we were less busy, so we were allowed to sit in the theatre in seats specially provided for usherettes. Alternatively we could be outside on the confectionary counter to sell sweets, ice cream or hot dogs for patrons and passing trade.

We were given a rest break of about 30 minutes during a shift which we spent in the staff rooms.

There was a head usherette who tried to keep us in order. In some ways it was like having an extended family. Most of the staff considered the cinema as a sort of second home.

When I started as an usherette in the Regal cinema, the uniforms were a dark brown colour and very heavy, but they went through a few changes over the years. The last ones, before the cinema closed, were a green colour and much more lightweight.

Most patrons gave us no problems. in fact some became very well known to us, as they would come in every week and have their regular seats.

The most annoying patrons were those who would not sit in the seats they were shown to. This was particularly annoying when we were really busy as we would try to seat everyone in arrival order, so as to fill up seats. Then the annoying patrons would come back out to us to say they were not happy there. We either had to try to convince them to go back or, as they were customers, find a seat that they liked.

Sometimes we would get drunks coming in and creating a fuss. Then we would have to find a doorman to persuade them to leave. There was always at least one doorman on duty at all times for this type of situation.

The pros and cons of the job

The best part of being an usherette was getting to meet so many people. In particular, we had personal appearances by stars to promote their films and we would get a chance to talk to them. One I remember very well was Oliver Reed who was really nice.

Then there was the evening that a car drew up and someone came in to buy some chocolates. He was very polite and we thought he looked familiar. Only after he had left one of the other girls realised that he was Sacha Distel !

On another evening I met Gene Pitney. He came up to me and spent 20 minutes or so talking with me about his family - but I forgot to get his autograph! He was really nice to talk to.

For me, the worst part of being an usherette was just before the cinema closed, when audience numbers began to drop off. We would only have about 100 or so patrons in a theatre that could seat nearly 3000 people. It was so depressing.

By Marjorie Daniells, former usherette at the Regal cinema in Edmonton, north London.