Reserved occupations in the UK in the Second World War

Before and during the Second World War, able bodied men were 'called up' (conscripted) to serve in the armed forces. Some, though,were exempt on the basis of being essential to the smooth running of the country at home. They were described as being in a reserved occupation.

What a reserved occupation was

A reserved occupation was an occupation considered important enough to the country for those working in it to be exempt from military service and forbidden from leaving it.

The Oxford Dictionaries Online has the following definition:

A reserved occupation is an occupation from which a person will not be taken for military service.

The list of what counted as reserved occupations in the UK in the Second World War covered a vast range of jobs and was continually updated as the needs of the country changed.

On the one hand, some occupations became excluded from the list as the men in them were conscripted to serve in the forces. Women were required to serve in their places as land girls, bus conductors and factory workers, etc.

On the other hand occupations such as mining became reserved occupations for the duration of the war, because coal was an essential commodity. However, young miners were so eager to get out of the mines that they actually volunteered for the forces. Then there was such a shortage that a proportion of newly conscripted young men were required to serve in the mines instead of the forces.

The highest number of reserved occupations seems to have been in engineering where the work was essential and could only be done by trained and experienced people. My husband's father, for example was a senior engineer in a reserved occupation overseeing the making of lightweight disposable fuel tanks for aircraft.

Life in a reserved occupation

Men in reserved occupations were no longer in the first flush of youth because by definition they were highly educated and well experienced in their day-jobs. So life was not easy for them. Having done a day's work in their day jobs, they were expected to take their turn fire-watching at night before going off again to their day jobs the next day. They also participated in the Home Guard and the ARP (Air Raid Protection).

An experience of extra service for men in reserved occupations

My father was in a reserved occupation and so was required to join the Home Guard. At one stage he was allowed to bring a real live rifle home. I was explicitly forbidden to touch it and it was placed in the back of the wardrobe in their bedroom. Needless to say at the age of probably five or six, this was a toy beyond my wildest dreams and I can remember opening the wardrobe barely daring to touch the rifle but in fact overcoming my fear and holding it. It was probably too heavy for me to lift anyway. Whether or not my father ever knew about this I have no idea but if he did, he probably would have laughed.

Claims for occupations to be treated as reserved

I have understood from talking to people who were alive at the time that there was no shortage of attempts to interpret the list of reserved occupations so as to keep valued employees in post. I do have two pieces of hard evidence due to my mother's preoccupation of saving everything. The first is a copy of an attachment to letter from my father's firm making the case that due to his accountancy skills he was indispensible to the firm and should be relieved of active service. The letter itself has not survived, but the copy makes it clear that it was a claim for my father's occupation to be counted as a reserved one. As was the norm for the time, copies were produced with a manual typewriter on flimsy paper using carbon paper.

Pinch out to read or use a wider-screen device 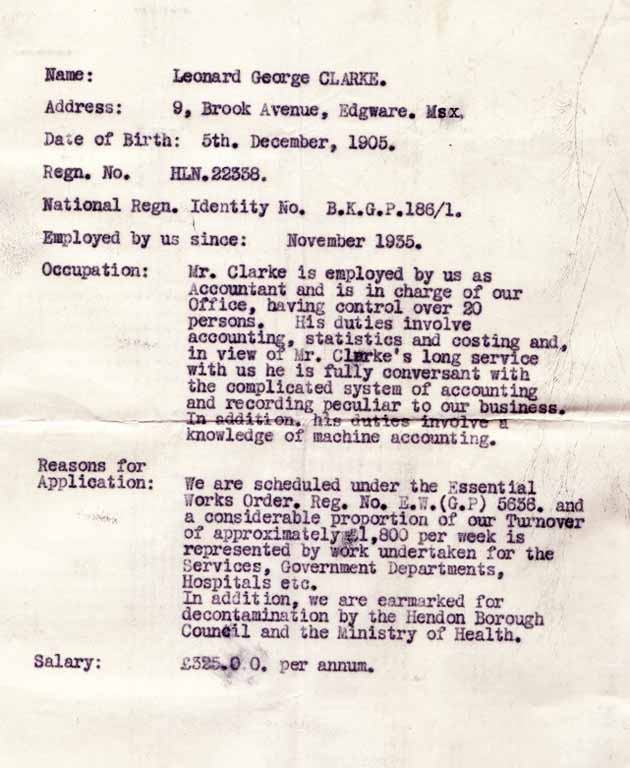 As the next letter shows, the first application didn't work, in that my father received his papers to serve in the army - but still the firm didn't give up. This next letter lobbies the professional institution to make a case and includes a far more detailed claim.

Pinch out to read or use a wider-screen device 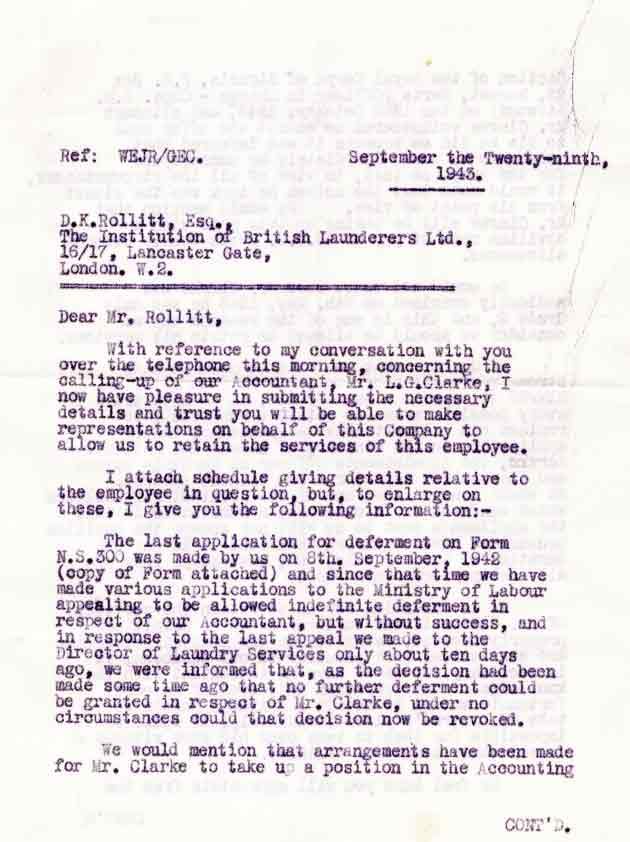 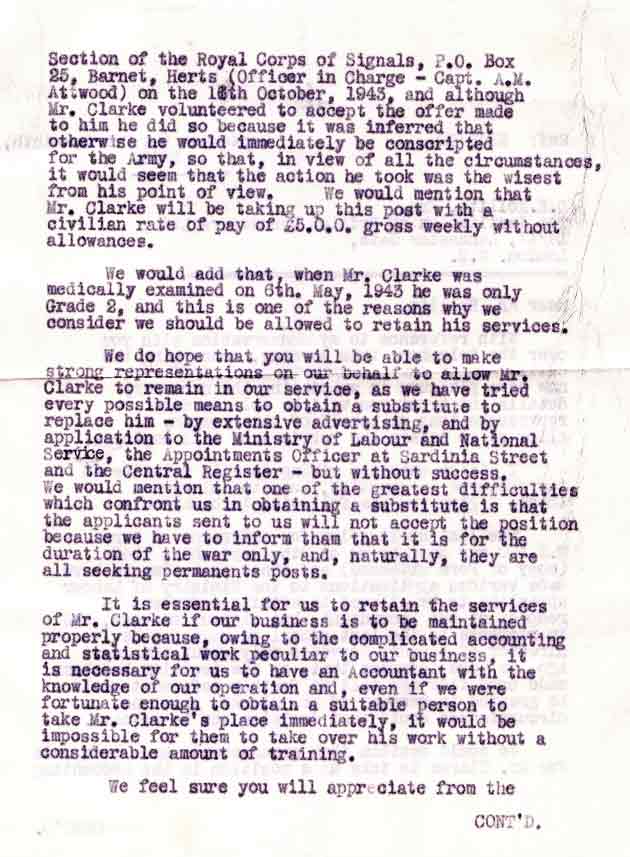 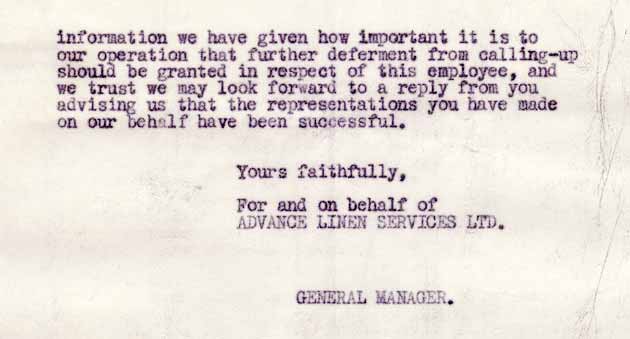 Any response from the professional body has not survived, but what is known is that none of these pleas worked - as I suspect thousands of others didn't. My father was called up into the Royal Signals with all that that involved, including the full army uniform and a base away from home. His work there was a desk job - accountancy for the rapidly enlarging army. Fortunately for my mother and me, it was within the UK, albeit away from home, and he did get some leaves to visit us.