Before supermarkets, all shops were small and sold only one type of merchandise. Milk was bought either from the milkman who delivered every day, sometimes twice a day in hot weather, or from the shop which usually butted onto the milk yard which housed the milk carts and the horses. The shop was known as the dairy. 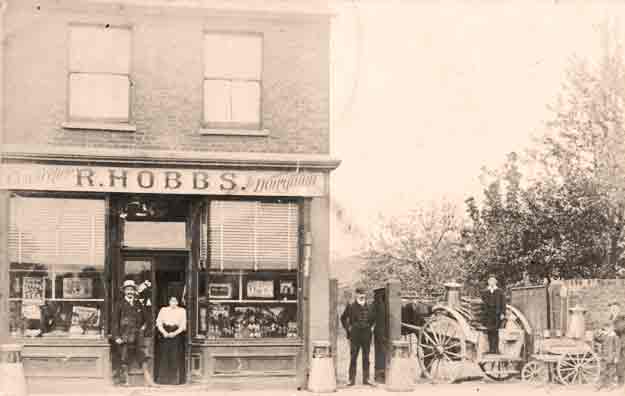 Robert Hobbs dairy and confectioner shop in at No. 3 The Green in Lower Edmonton.

Tap/click for a larger image. Photo courtesy of Miranda Pender 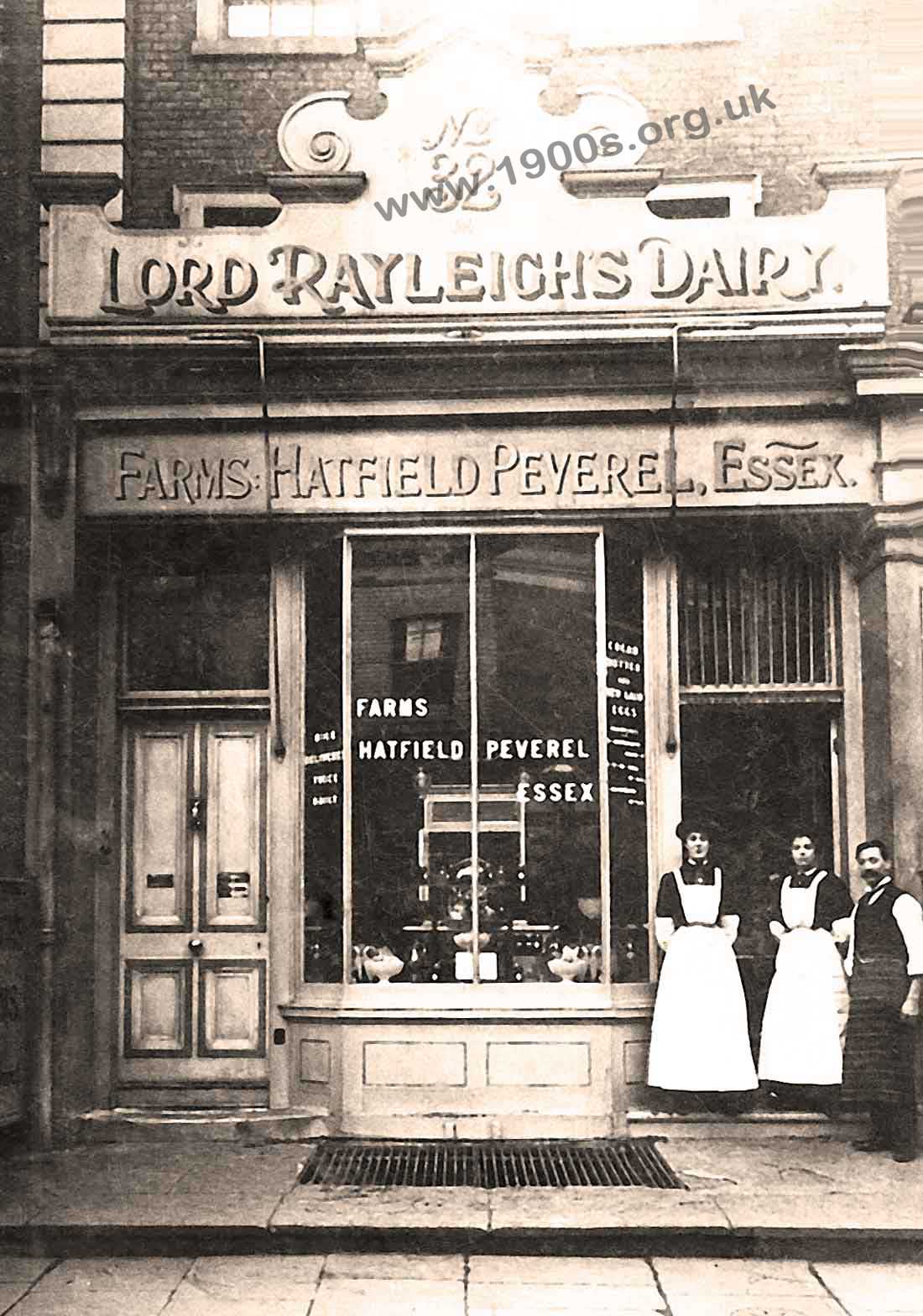 Dairy owned by Lord Rayleigh, courtesy of Pauline and Alan Hawkes. The milk came from a farm at Hatfield Peveral.

When I was a child in the early 1900s milk was a big problem in hot weather as no-one had a fridge, and the milk was fresh, not sterilised or pasteurised to help it keep.

I would often be sent to the dairy with a jug in hand to get more milk because the milk that had been delivered by the milkman had gone off. It was quite difficult to carry back without spilling.

How to make the milk keep longer in vary hot weather

Very hot weather was usually humid which meant that the methods of cooling based on evaporation didn't work. So my mother would scald the milk, ie heat it to near boiling point, to make it keep longer. The disadvantage was that the cream would rise to the top and create a skin. I loved this skin, but most people didn't, and it took the substance and flavour out of the milk.

Our local dairy in Silver Street was typical of other dairies that I saw. It was a beautifully clean-looking place with white tiles on the walls, and a china vat on the counter with a bright measuring hanging on the side. The shop sold butter, biscuits and eggs as well as milk, and there were new-laid eggs and white china swans in the window. The milk was kept in milk churns in the yard at the back at the back of the dairy.

Dairies were often family businesses with sons and daughters helping with the milk rounds from a very early age, Reggie whose diaries are on https://edmontonodyssey.blogspot.com was expected to help with Hobbs milk round when he was not at school. There is a photo of Hobbs Dairy on this page.

After World War One broke out and the young men of the family were either away at the Front or in the Special Constabulary, my great-aunt Nancy had to do the round, while her mother and elder sister ran the shop. She was just 12 years old!

Dairies in Edmonton - from the 1911 census

My mother did not specify which dairy in Edmonton she was writing about. According to the 1911 census there were two:

One dairy was at 91 Silver Street and was owned by James Webber 42 a dairyman, born George Nympton in Devon. His wife was Caroline Webber 47, born St Lukes, London, who helped with the business. Ernest Alfred Webber 16, born Paddington, a nephew, lived with the couple and worked as a milk carrier. Although the couple had been married for 21 years, they had had no children.

The other dairy was at 108 Silver Street and was owned by Robert Cosgrove, 41, a dairyman, born Hackney. His wife was Ann Cosgrove 34, also born Hackney. Their son Caleb Cosgrove, 11, and their daughter Kathleen Cosgrove 3, also lived with them. The children were both born in Edmonton. Sadly their other two children had died.