The Cooperative Wholesale Society and its regional divisions

Strictly speaking, all Co-op were members of the Cooperative Wholesale Society or CWS. This had regional divisions. Ours was the London Cooperative Society of LCS, but in everyday speech it was always referred to as the Co-op.

Dividend: the reason Co-op shops were so popular

Co-ops would issue chits as receipts. These were little perforated squares listing the amount you spent at any given visit to the shop. Customers had a Co-op number which was written onto each chit. Every quarter of the year the Co-op gave its customers what was called a dividend, which was a certain amount back for every pound spent.

Dividend was given on everything that the shop sold, including deliveries of milk, bread and coal. Even clothes and shoes could be bought at the larger Co-ops. Shoes were sold under the brand name of 'Wheat sheaf'.

There is much more about dividend on the page about Co-ops later in the century - see dividend.

Photos of Co-op deliveries in the early 1900s

These images open up on tap/click. 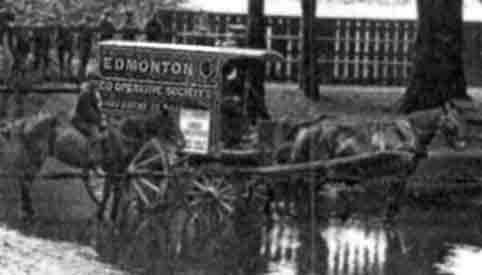 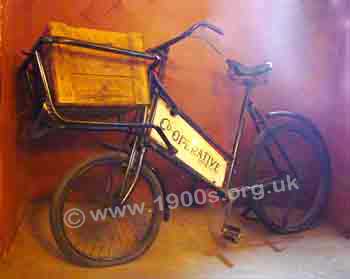 Co-op delivery bicycle. Photographed in the Museum of Nottingham Life 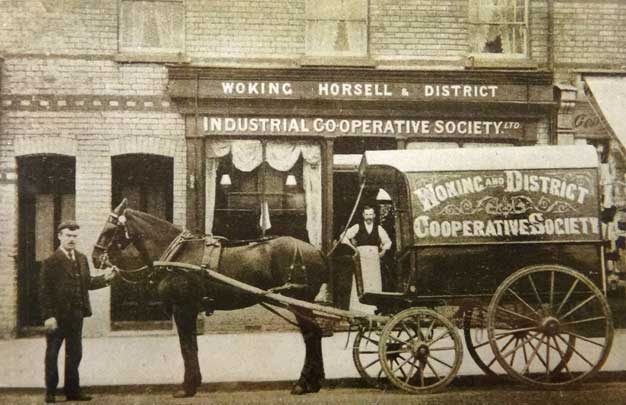