My mother's written recollections of life in her childhood in the early 1900s described the postmen and telegraph boys of the period, but did not mention the post office or posting letters. I have tried to discover what Edwardian post offices and post boxes were like from museums, old books and pictures. This page illustrates what I have discovered so far. If you can add anything or correct a misunderstanding, do please let me know.

In the early 1900s, which were Edwardian times, the post offices and post boxes would have been much as they were in Victorian times. I have certainly found Edwardian stamps, but not yet an Edwardian post box.

A lot of information can be gleaned from old pictures. If you can can highlight some, please contact me. 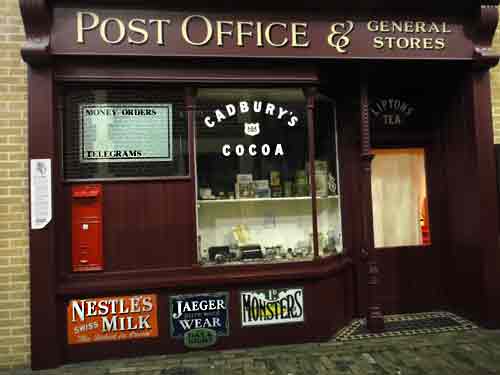 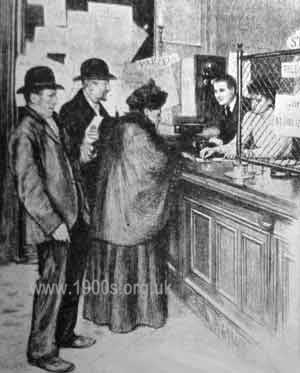 Inside a late Victorian or Edwardian Post Office - a picture from an old book in my mother's effects. 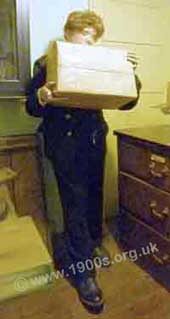 Model of a post boy collecting a parcel for delivery - photographed in Milton Keynes Museum.

Where is his cap?


Victorian post boxes still in use in Edwardian times

There were post boxes on street corners and in other convenient places, so that people did not have to go to the Post Office. 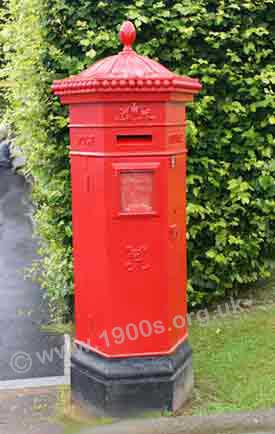 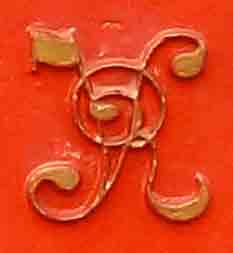 The decorative scroll half-way up the letter box is actually the initials VR entwined. They stand for Victoria Regina. 'Regina' is the official title for a Queen. 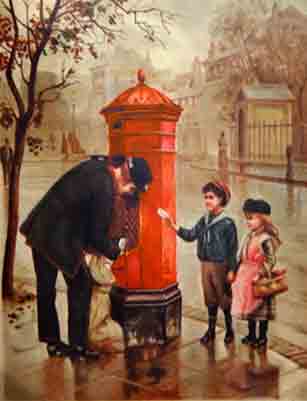 Posting a letter in a Victorian post box, still in use in the early 20th Century. From a magazine in my mother's effects. 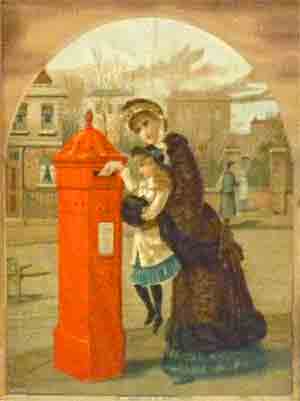 Posting a letter in a Victorian post box - detail from a picture in Fagans Museum of Welsh Life. 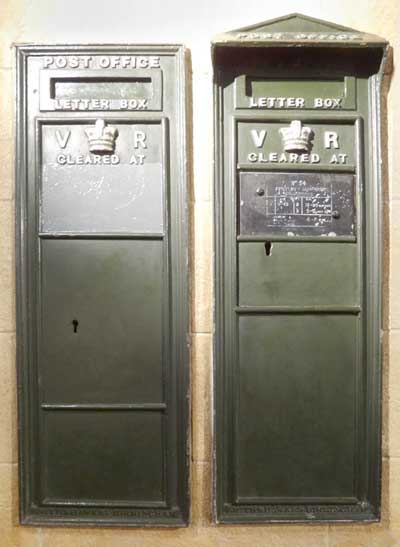 Interestingly not all Victorian post boxes were red. These photographed in Bath Postal Museum were dark green.