The quality of the following photos is variable. You may be able to see more detail on a phone or tablet by pinching out. 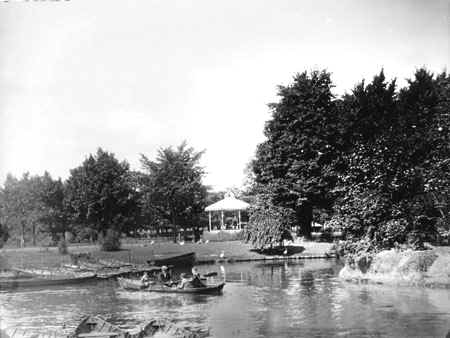 Pymmes Park, Edmonton showing the lake and bandstand, from the effects of my mother. 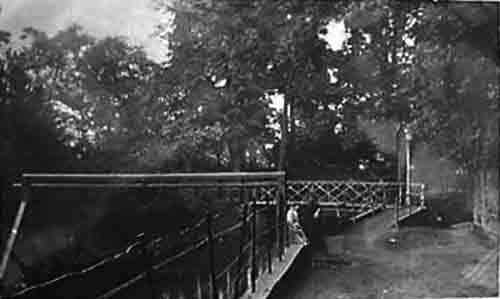 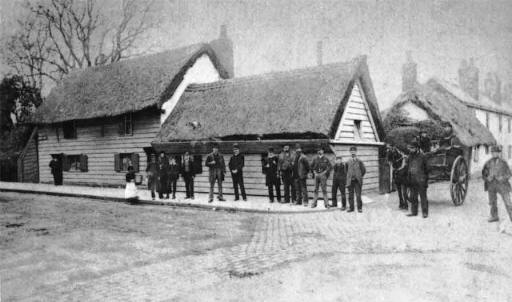 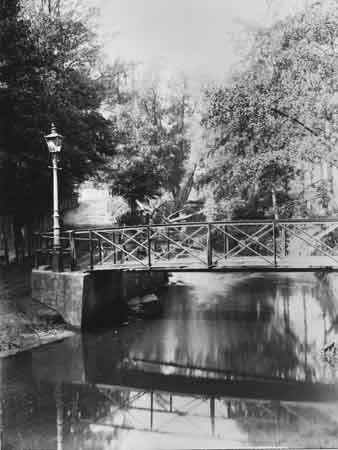 Labelled Weir Hall, although I understand that Weir Hall was a country house, so presumably this was either the garden or a local name for where the Hall once stood. Edmonton, north London, 1920s.

Both this photo and the one immediately below are from the effects of my mother.

This first photo shows another view of the bridge and lamp post in the above picture. 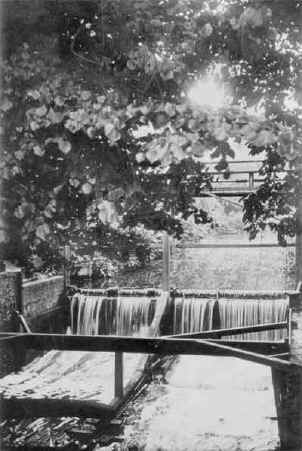 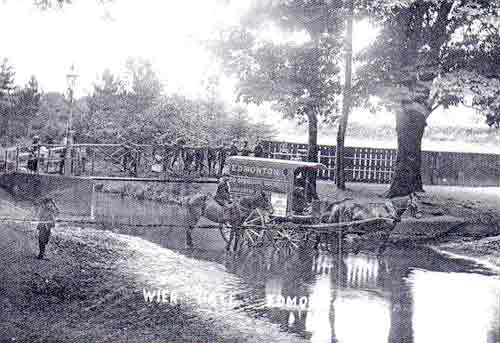 Pymmes Brook c1906. Photo from Cliff Raven, courtesy of Enfield Local Studies and Archives. He has supplied the following information:

This picture is seen from the first of the above bridge pictures (with the lamp post) looking west, with the boundary fence of Weir Hall house on the left. The wicket fence in distance left centre is now where the Cambridge A10 passes from left to right. In the middle distance can be seen what one may think is a bridge, but was a big pipe, removed in the 1975 Road changes. 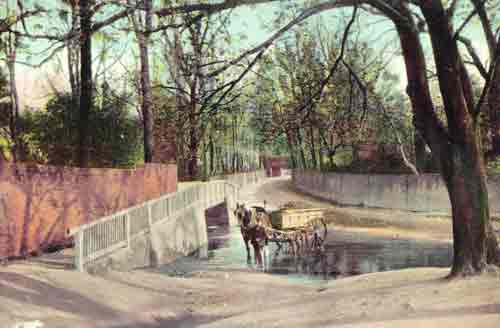 The photo shows the water ford splash, from the northern bank of the Pymmes brook circa 1906. If you travelled in the direction that the cart is facing, you would come up an incline to the Silver Street at the point of where Silver Street school is just out of shot. The road track coming from the right is Weir Hall Lane and was so named up onto Silver Street, which prior to 1894 Ordnance survey map was called Wyer Hall Road. The track opposite leading to that red roof building was Hermitage Lane, and the part to the right has now in modern times also been called that, so Weir hall Lane has now disappeared as a name. The boundary fencing with trees beyond is of the Victorian Weir Hall House grounds. This became, in its later days, a school for young gentlemen, hence the mention above of the smoking room, billiard room and ballroom. It was surrounded by a moat which I would think was fed by the waters of the Pymmes brook. - Cliff Raven

There was another building on the Weir Hall site which had a ballroom with mirrors for walls. Another room was decorated with cork. An original mounting stone was outside. Information courtesy of Brenda Noble.