Tap, click or hover over a thumbnail image for a larger version. 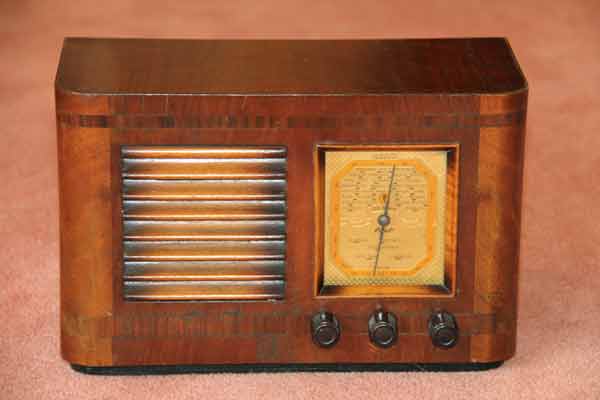 Pilot Maestro, 1939. This British mains-only model had 5 valves and was medium- and long-wave. Working models still available today can fetch £150. 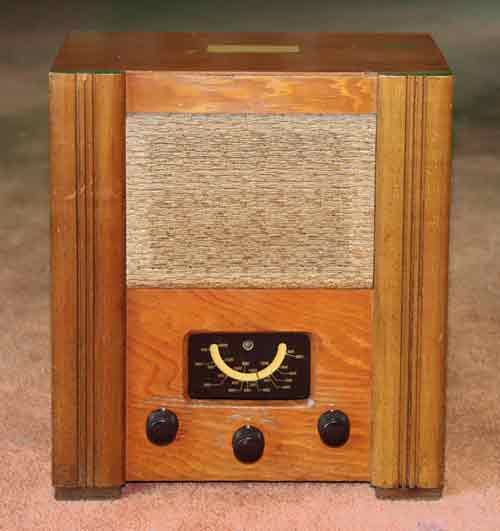 Wartime Civilian Receiver, 1944. Regularly known as the 'Utility' set, the 1944 Wartime Civilian Receiver was designed Dr G D Reynolds of Murphy Radio Ltd. It was an efficient but very basic, single waveband receiver, covering the medium-waves only, and its rather austere appearance echoed the fact that it had been designed to be produced with the minimum of materials and labour. It was made by over 40 British manufacturers, with valves and other components specially coded for wartime security reasons. It got a name for being the ugliest radio ever made. 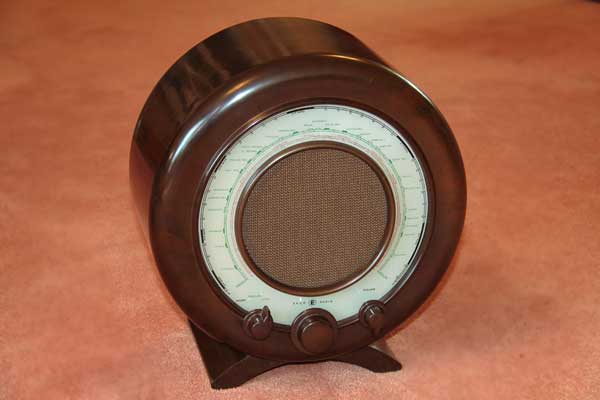 Ekco A22 1945. Originally designed by the architect Wells Coates, the Round Ekco is the most popular wireless cabinet shape of all time. It was manufactured by E. K. Cole Ltd at their Southend factory, all with moulded bakelite cabinet. A good working model can command £1000 these days. 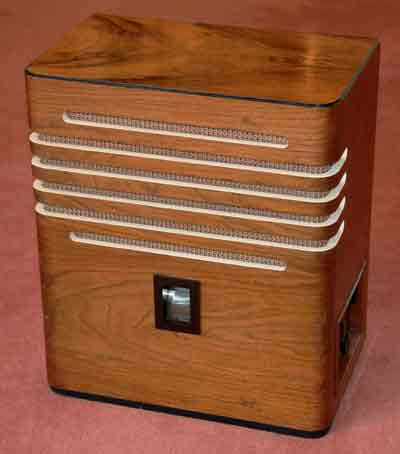 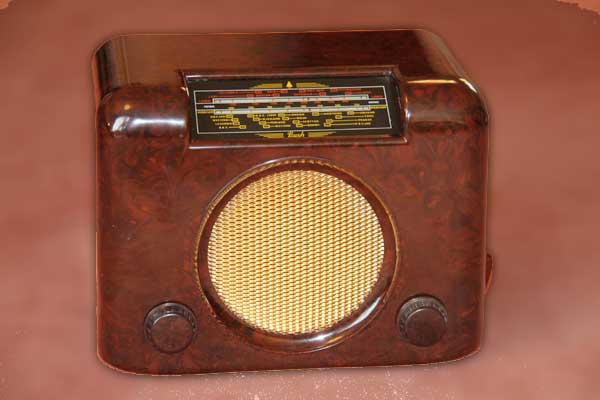 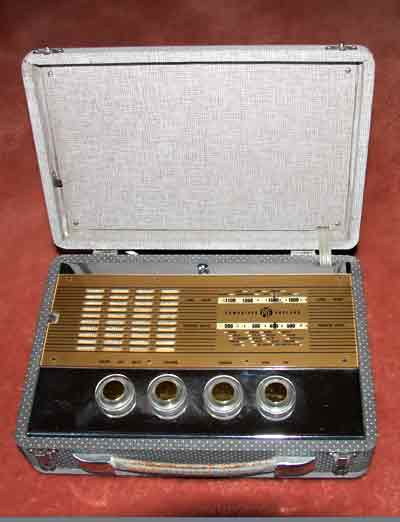 Pye Jewel case (battery/mains), 1950s. Popular in their time, 25-guineas would buy you this 4-valve radio. 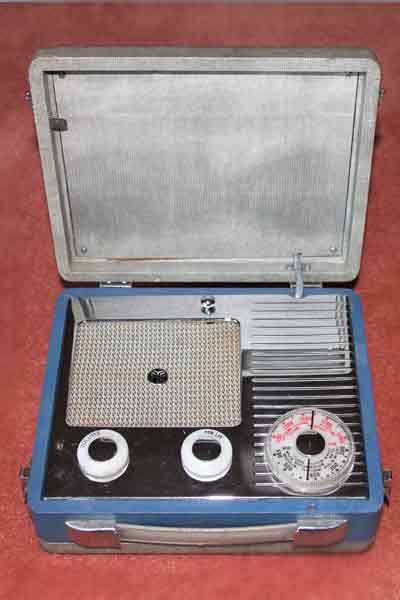 Pye Jewel case (battery only), 1950s. A battery-only version of the above, costing around 20-guineas. 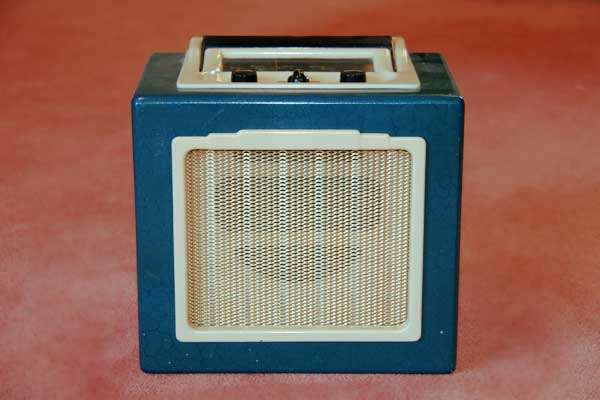 Ever Ready battery/valve, 1952. One of the first 4-valve battery radios, with a combined 90-volt HT and 1.5-volt battery, which would normally last 6-months with average usage. The cost was 17-shillings and six pence. 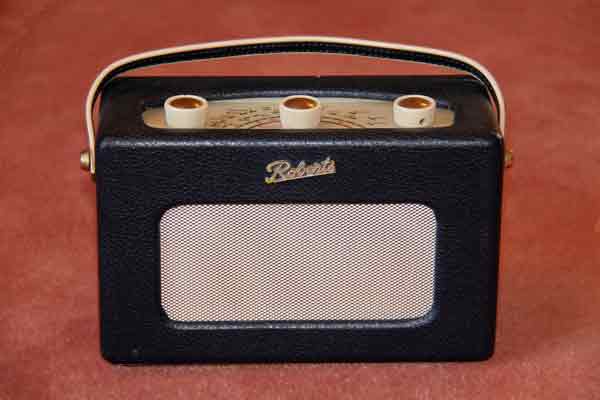 Roberts 200 Transistor, 1959. British-made in Molesey, Surrey, this 6-transistor radio has become an icon, and similar-style sets are manufactured by Roberts today to include DAB (Digital Audio Broadcast). 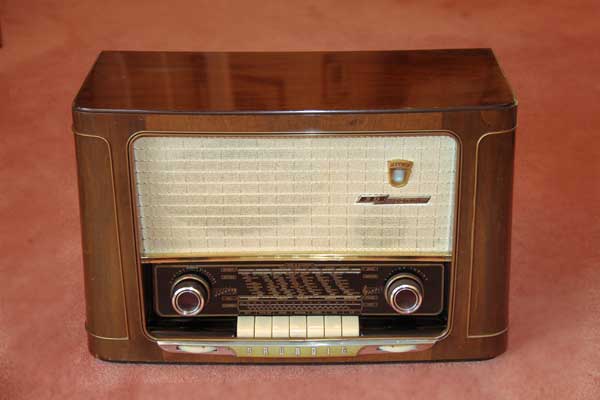 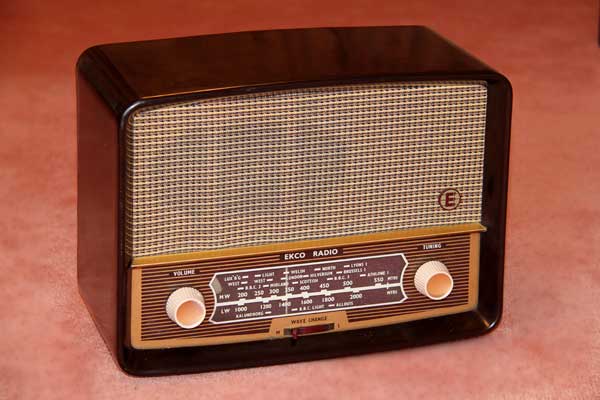 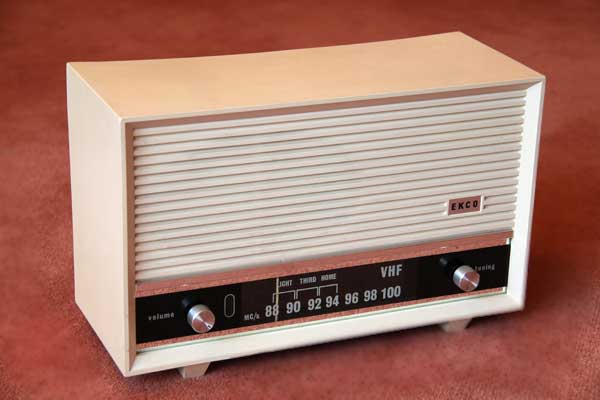 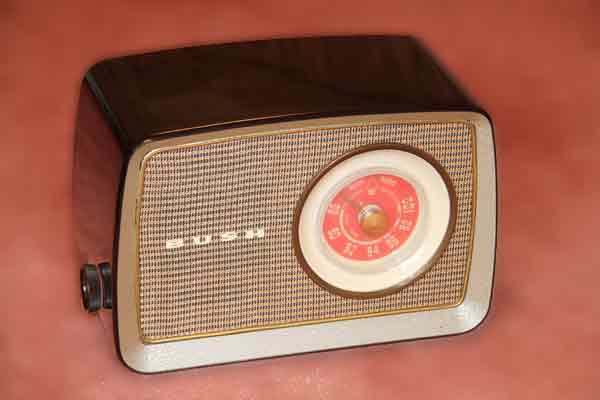 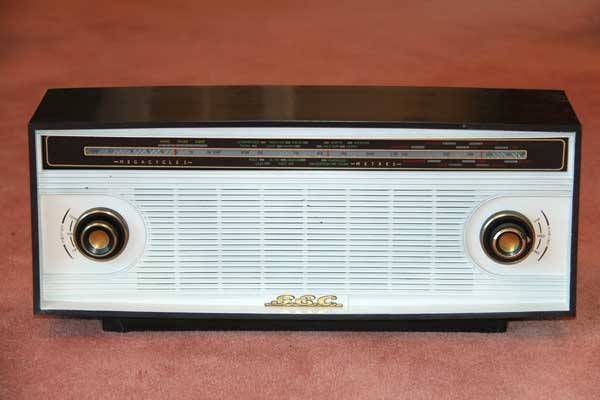 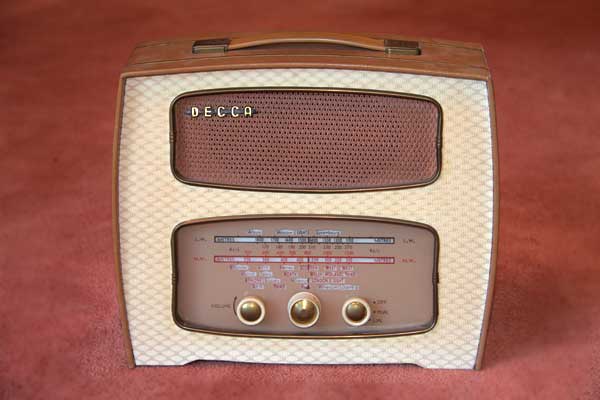 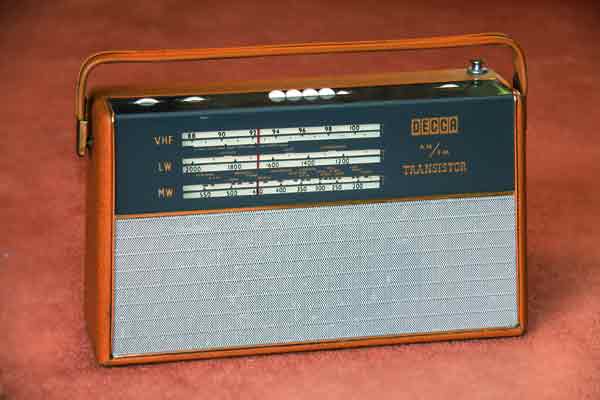 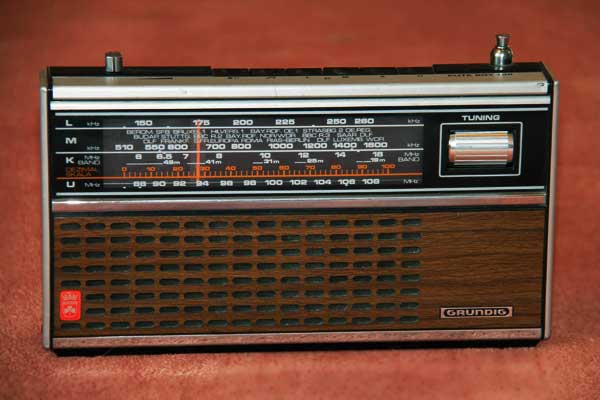 Grundig Elite Boy, 1963. MW/LW/SW/VHF mains or battery operated, smaller than the others here. 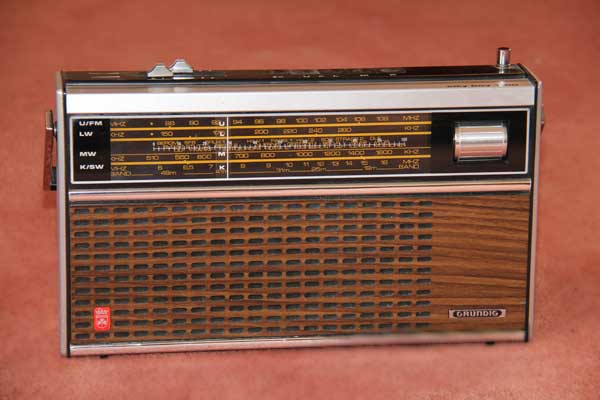 Grundig City Boy 1100, 1963. a modern portable 3-wave-band radio which could also work off the mains. The FM range extended to 108MHz. 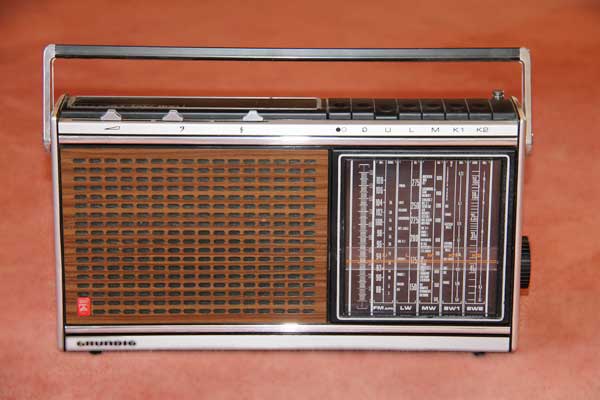 Grundig Concert Boy 1100, 1966. a bigger version of the same family of Grundig radios, was good value and had excellent sound quality. 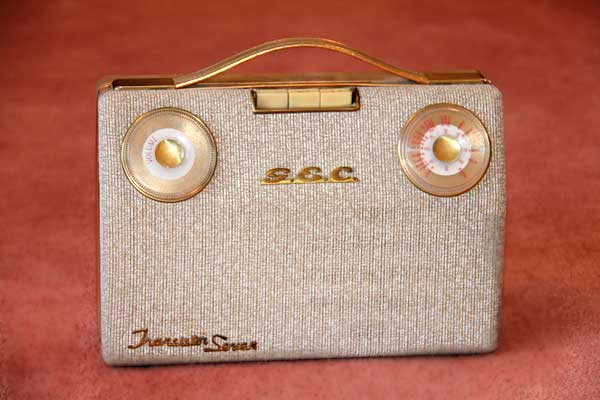 GEC 7 transistor, 1968. a long- and medium-wave radio using a PP9 battery which could last years. 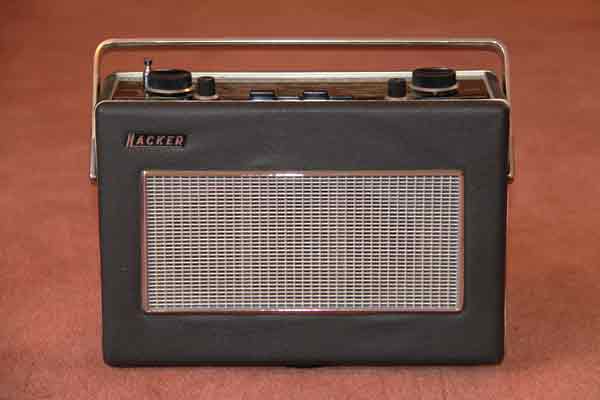 Hacker Sovereign 2, c1970. British, one of the best quality radios of their time, using two PP9 batteries. Some models had a mains option available.