Where cigarettes and tobacco products were sold in their heyday 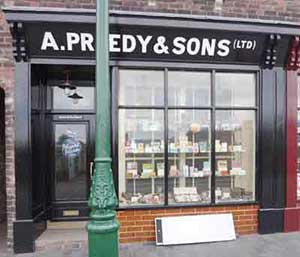 Tobacconist shop, photographed in the Black Country Museum which aims to depict life in the 1920s.

Tobacco smoking was so much a way of life while I was growing up in the 1940s and 1950s that there was no difficulty at all in finding somewhere to buy tobacco products. In particular there were showcases of them on public display for all to see.

There were shops, known as tobacconists, dedicated to selling just tobacco products, and they clearly made a good living. 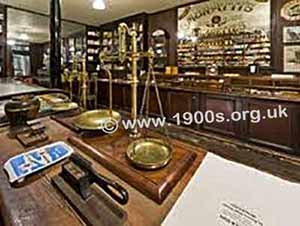 Inside a tobacconist shop. This shop is now part of Winchester City Museum and is as it was when it ceased trading, still in its original location.

Some tobacconists were in chains, like Lewis's, but there were also individual tobacconist proprietors.

However, newsagents and pubs did not carry anywhere near the same range of stocks as did the specialist tobacconists.

During my childhood in the 1940s and early 1950s, it was not at all odd that a grocery shop had a glass container - much like a large open top fishbowl - on the counter from which loose cigarettes, mostly 'Players' brands, could be bought individually. This allowed people to buy the few 'smokes' they would get through during their working day.

Cigarette vending machines were also in public places, particularly in railway stations - although of course they were often empty during World War Two.

Gradually in the later part of the century, dedicated tobacconists and cigarette vending machines began to disappear, as supermarkets and newsagents took over these roles.