Cigar smoking in its heyday

Cigars were the privilege of the wealthy and while I was growing up in the 1940s and 1950s. I never saw anyone smoking them apart from in films.

Differences between cigars and cigarettes

They always seemed to be sold in wooden boxes which were presumably to stop them drying out. 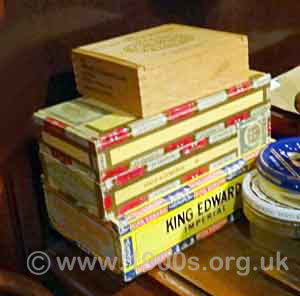 Cigars for sale, photographed in the tobacconist shop of Winchester City Museum 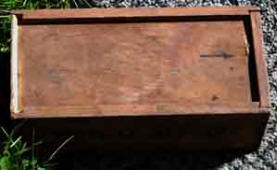 In spite of the high cost of cigars, there must have been a good market for them somewhere because cigar boxes were widely used for storing things in. Perhaps they were effectively indestructible, but as they always seemed to look rather tatty, cigar smoking may have been more common in earlier decades. The boxes were wooden with sliding lids.

I understand from staff at the tobacconist shop at Winchester City Museum that it was possible for people to roll their own cigars. The machine for doing this was quite large - see the photo - compared to the one for rolling one's own cigarettes. 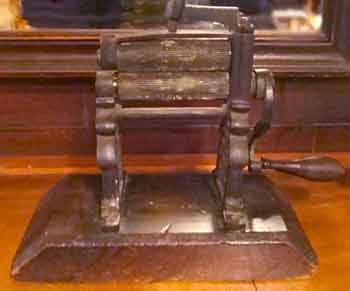 I wonder how much the machine was used and how the resulting cigars tasted. After all, cigar smokers were probably wealthy enough to buy the real thing, even if it did have to be on the black market.