Petrol rationing in the UK in WW2 and afterwards

All the thumbnail images on this page open into larger legible ones on tap/click.

Petrol: the first commodity to be rationed in World War Two

At the outbreak of the Second World War, petrol was the first commodity to be rationed as all petrol had to come from overseas. Then in 1942 petrol for private use was withdrawn completely. It was only available for work deemed essential, and a special permit was needed to obtain it. Cars were therefore absent from the roads. All large cars were confiscated and converted into vans and ambulances.

The outcome for children like me was that, as there were no private cars on the roads, the streets were our playgrounds. My friends and I would play on the streets without any concern about traffic. We knew nothing else. My husband tells the story of regularly skidding down a long, steep road on a trolley-cum-sledge without ever seeing a vehicle of any sort.

War was declared on 3rd September 1939 and the Government was ready by the 8th of September with its coupons for rationing petrol which it called 'motor spirit'. Coupons could be collected from a Post Office and were dated the 15th of September. However, they could not be used until the 16th of September when the rationing was to come into force. Only two coupons were available at this time. They are identical in every respect apart from an AA at the top right hand side of one and an AB at the top right hand side of the other.

Applicants for the coupons were required to produce their car or motor cycle registration book, whereupon they received two ration books one marked 'first month' and one marked 'second month'. The books contained coupons for the quantity of 'motor spirit' allowed them according to the rating of the vehicle as shown in the registration book.

The ration books were only valid during the period for which they were issued with no rollover. So they couldn't be hoarded. It was use them or lose them.

You will have noticed that 'petrol' is referred to as 'motor spirit' on the tokens.

The coupons had to be presented to the petrol station wherupon an assistant would fill the vehicle. No self service. Petrol stations at this time were known as garages, and the petrol pumps were very different from today.

In 1945, after the war finished, petrol for private use did become available, although it remained rationed until 1950.

Note that the UK petrol coupons were always referred to as 'coupons' not 'tokens'. 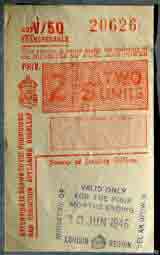 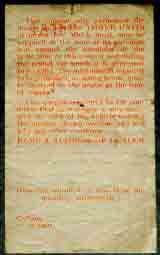 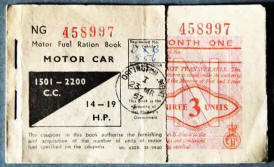 Cover of 1957 book of petrol coupons.

Both courtesy of Francis Duck. Tap/click for larger, legible images.

Petrol rationing was re-introduced for five months as a result of the Suez crisis of 1956.

Petrol coupons later in the century

There was a scare during the oil crisis of 1973 that petrol would have to go back on ration. Petrol coupons were even produced as part of contingency plans, although in the event petrol did not go back on ration. I am unsure whether the coupons were ever widely distributed. Ian Webb, who supplied the images told me, "In 1973 I had a firm's car and my (vague) recollection is that my firm gave me these coupons in case of need. I assumed there were lots about but I suppose most were thrown away."

The paper is of the cheap unbleached type on which the reddish-brown text hardly shows up. 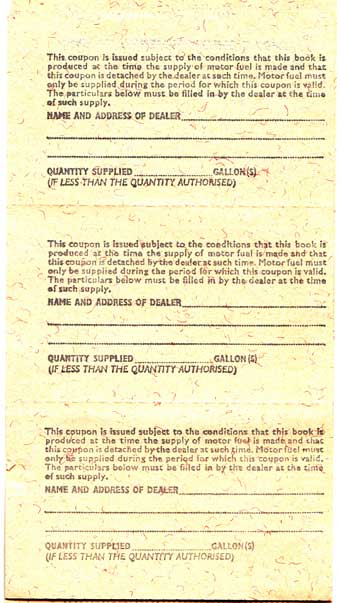 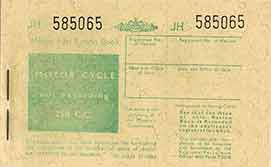 1973 UK petrol coupon for a car and a lambretta motor cycle, courtesy of John Warren.