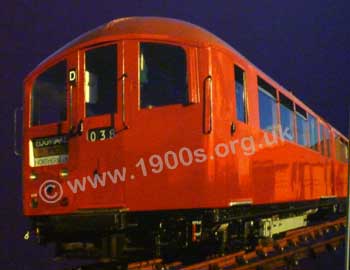 As a young child in the early 1940s, I was quite used to the London Underground - the 'tube' as it was called. Where I lived in Edgware at the end of the Northern Line, I could see the trains every day as I passed the terminus. They were kept outside because the terminus itself had lost its roof as a result of bomb damage in the war. The fence was transparent wire netting so the trains were easy to see.

I often travelled on the Underground with my mother, too.

The London Underground trains on the Northern Line were a distinctive bright red. A separate page shows what it was like inside the trains.

The area covered by the London Underground was extensive, but it only ran underground in the built-up areas of central London.

The lines which carried passengers from the outskirts of the city into the centre were fewer than there are today: The Bakerloo, Central, Circle, District, Metropolitan, Northern and Picadilly lines. 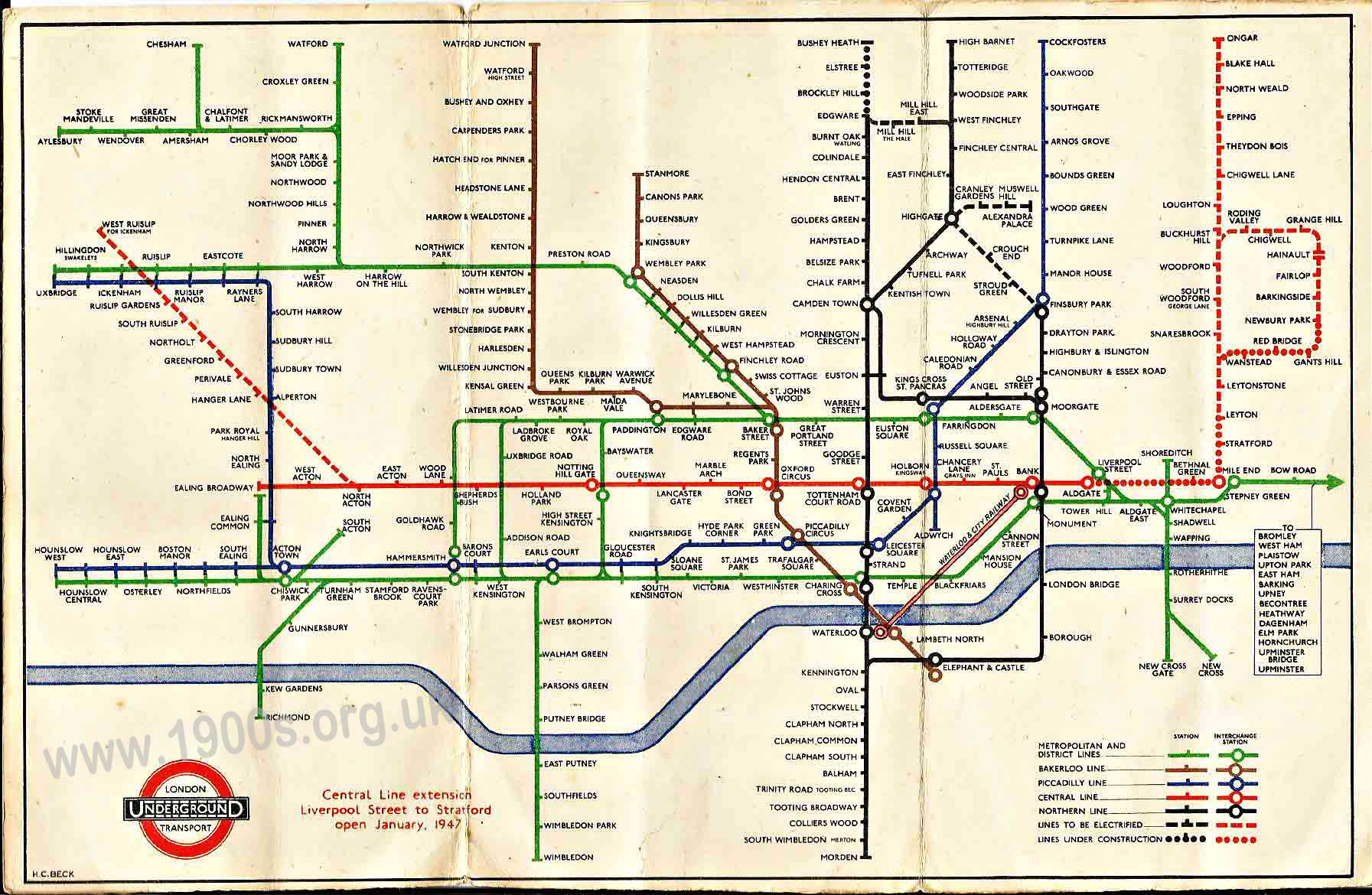 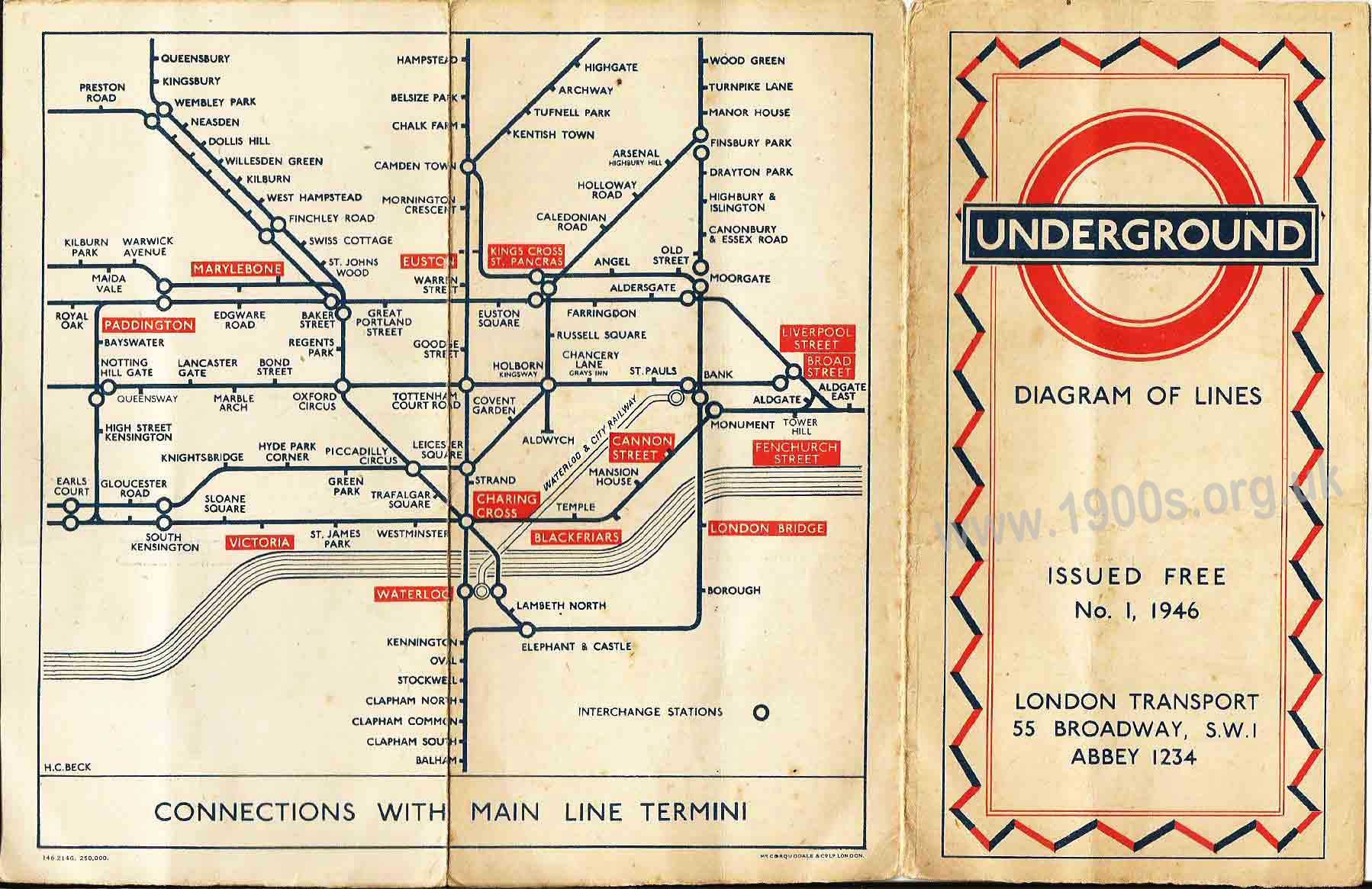 The maps of these lines are schematic which I understand was quite an innovation at the time. They clearly show where a line can take a passenger, but the do not at all closely show the distance between stations above ground,

If you tap/click first thumbnail for the large, legible version of the 1946 tube map, you can see these lines in their iconic colours, their stations and their interchanges with other lines. Particularly interesting are the dotted lines which show the planned extension where the building was interrupted for the war. Clearly the planning decisions changed after the war. As a child in Edgware, I was frequently alerted to the half-built bridges for the extension which never took place.

The second thumbnail links to a larger, legible map which shows stations with interchanges to main line terminals which, just like today, carried passengers to all parts of the country. The colours on this map are only red and navy. Probably it is clearer this way, as it is the main line interchanges that are most important.

Both maps were free.

Buying tickets for the Underground

Although tickets could be bought at the station ticket office, there were also ticket machines, as shown in the photo. The prices on the machines are of course in the old pre-decimal money. Note how cheap they are by modern standards! 2½d was 1p. 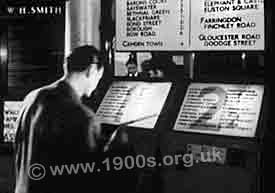 The ticket inspectors and collectors

Tickets had to be shown to an inspector at a barrier in order to get to the platform. At least, that was the idea, although in practice there was often no-one there or one was just waved on or ignored. Coming back from a tube journey, though, the same staff, now known as 'ticket collectors' were much more vigilant. It was very rare indeed for anyone without a ticket to be allowed through. Some people claimed that they had lost their ticket, which was less unreasonable than it might seem today, because tickets were so small. They may genuinely have lost their tickets, but it was not unknown for it to be 'tried on', to get free travel. After all, it was not difficult to get onto a train without a ticket.

Getting to a platform: escalators

Since all the central London stations were underground, getting onto a platform involved using an escalator.

What I particularly remember about the escalators was that the treads were made of wood. In fact this continued in some stations for decades, gradually being replaced by stainless steel. 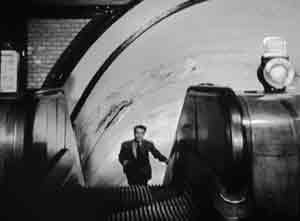 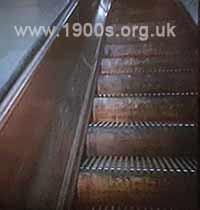 The wooden escalators, a fire hazard

The older stations had lifts. 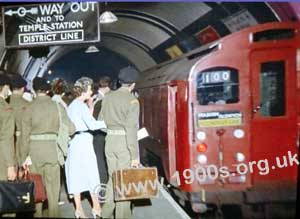 Army personnel on London Underground platforms. Screen shot from an old film - but I remember it just like this.

At night civilians used the platforms as underground air raid shelters. I used to see them settling down for the night when my parents took me to see relatives.