The wider curriculum at school in the early 1900s

The school paid attention to marking events of historical importance, to widening our understanding of events outside school and to contributing to charity. 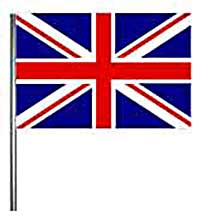 One of my pleasant memories from school was Empire Day. Alas that is no more. On Empire Day the girls wore red, white and blue ribbons in their hair. The Union Jack would be in much evidence on public buildings and the church.

The highlight as far as we children were concerned was the parade in the playground. Each child would have a paper flag of red, white or blue and the girls had red, white and blue hair ribbons in the colours of the national flag. We children would then march past the dignitaries who assembled along with the headmistress on the steps in the playground. They included someone from the Board of Education and maybe the parson.

Then we would sing stirring patriotic songs like Rule Britannia, Land of Hope and Glory, and of course the National Anthem. Finally there were three cheers. I loved it. I love all pomp and pageantry. If I see the Household Cavalry, I'm all British and proud of it. The climax to Empire Day was a half day holiday.

The first Empire Day took place on 24th May 1902, Queen Victoria's birthday. Although not officially recognised as an annual event until 1916, many schools across the British Empire were celebrating it before then.

Although Empire Day was still in force while I was growing up in the 1940s and early 1950s, it was not celebrated as far as I know. Perhaps that was because of the austerity of World War Two and the years afterwards.

In 1958 Empire Day was renamed Commonwealth Day, after so many of Britain's colonies had been given independence.

Information on May Day in the early 1900s is on its own May Day page because it was enjoyed by the wider community as well as school children.

In one year, for example, we were taken once a week to Barrowell Green open air swimming baths. The idea was to teach us how to swim, but I never did learn.

Celebrating the coronation of Queen Mary and George V

I can just recall the coronation of Queen Mary and George V in 1911. Each girl in my class found a coronation mug and a bag of sweets on her desk. Presumably there was something similar for other children.

We also had a half day holiday.

School preparations for Christmas in the early 1900s

In the week before Christmas children were allowed to make paper chains at school. We were given coloured paper which we cut into with lengths of about eight inches long and three quarters of an inch wide. We started a chain by looping a strip of paper into a ring and gluing it closed. Then we threaded another strip through and glued the ends together to make the next link in the chain and so on. Quite long chains could be made this way and any one chain could be joined to any other using another length of paper. Then we strung the chains across the room.

In the summer we were taken to Barrowell Green swimming baths.

I hated the swimming costumes provided by the school. They were long with blue and white stripes and frills round the arm holes, and, as they were made of cotton, they stood away from the skin, making us feel colder than ever when we got out of the water.

I was taken to Barrowell Green baths in the 1930s and 1940s by the school. They were located next to the waste incinerators and presumably the surplus heat was re-circulated to take the chill off the water in the pool. However, the water was always cold. This could have been for any of three reasons:

• The heat transfer system from the incinerator may have been primitive and inefficient at that time.

• We boys were wearing only swimming trunks and had to stand around, waiting permission from the teacher to enter the water for our 'lesson'.

• It was 8am in the morning and the sun (assuming it was shining) had not warmed the atmosphere around the open air bath.

We used to be 'taught' to swim by being put into a harness and dragged through the water by one of the masters standing on the edge of the pool. This usually resulted in our swallowing large quantities of chlorinated water and scrambling out spluttering and shivering. If a teacher had first taught us how to float we might have made some progress.

The best part of the visit was the drink of hot Bovril available at one penny a cup after we had got dried and changed out of our awful clinging, wet woollen, costumes.

From time to time during World War I, the teacher at our school would make a collection for the prisoners of war. I think we each contributed a copper or two.[Coppers meant old pennies which were made of copper.] She always made up the parcels in front of us and she would name the items as she put them in. There was always a tin of 'caffee au lait' which intrigued me as I didn't know what it was. The only coffee I knew came out of a bottle and was called 'Camp coffee'.

Another thing we contributed to was a large Union Jack flag, which was sent as a present to our namesake town in Canada - Edmonton in Ontario. I can't imagine that it was particularly appreciated, even though Canada was a dominion of the British Empire.

On Pound Day, children were asked to bring a pound of groceries to school which would be sent to the hospital. I expect they got lots of sugar, that being about the cheapest commodity, along with rice.