Memorials to those who died in World War Two

After the end of the Second World War, there was a need throughout the country to remember those who died in the fighting. Memorial services were held, memorial stones were erected, and memorial windows were commissioned. This page describes a memorial window in Edmonton because that was the location of so many of the recollections described on this website. 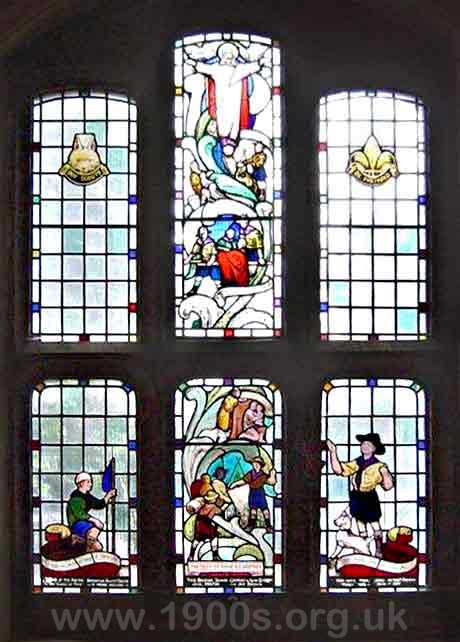 The window is in Aldhelm's Church in Windmill Road, Enfield (which at that time was Edmonton). The church was my mother's local Church of England church.

The window is in striking stained glass and is on the immediate left wall as one enters the church. It commem­orates the scouts from the 2nd Edmonton group who died in the Second World War. (That part of Enfield was Edmonton at the time.) The following photograph was supplied by Andrew Dickson who was in the scout group as a boy, but it may only be visible on larger screens.

The text in the ribbon carries on across all three panes and reads:

The text at the bottom of the first pane reads:

The text at the bottom of the central pane reads:

The text at the bottom of the right pan reads: