How authors made camera-ready copy before modern computers

This page is about how authors produced camera-ready copy for their books during the few years of massive changes in publishing technology when there were no suitable home computers for the mass market. Previously, books had been typeset by publishers, but in the late 1970s and early 1980s this was changing and the onus was put on authors.

Most authors had to rely on the sorts of typewriters that are now museum pieces. My family's experience was a little better, but it still amazes us what we managed to do with equipement that now seems archaic. Read on:

The BBC Microcomputer and the book to accompany it

Our first experience of producing camera-ready copy for a book is tied up with arguably the first personal computer for the mass home market. Arguably it was by far the most popular, probably because it was commissioned by the BBC to accompany its new series of programmes on computing. It was known as the BBC Microcomputer or just the BBC Micro. 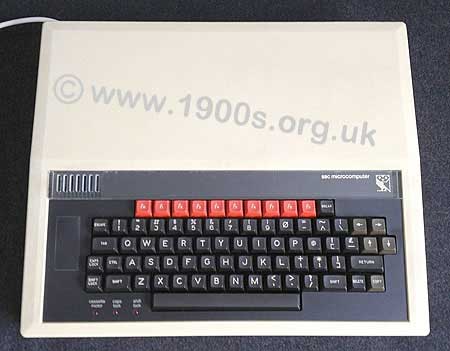 'Micro' was an apt description at the time, but the computer was too large to be used as a laptop and it needed a separate monitor.

It came onto the market in the early 1980s and is now a museum-piece. 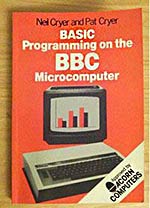 Our first book: Basic Programming on the BBC Micrcomputer 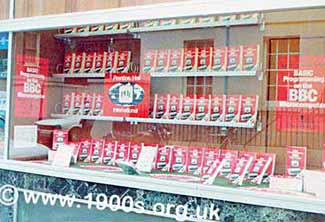 Shop window display of Basic Programming on the BBC Microcomputer

Our equipment for writing the book

Because we were writing the book during the development of the BBC Microcomputer, we couldn't use it for writing. (Our content-development was done on a mock-up in the developers' offices.)

I was so entranced by IBM's text editing system that I really wanted to use something similar for drafting and finalising our manuscript.

A basic home-made computer from a kit

For writing the drafts of the book, my husband soldered together a simple computer from a kit plus various bits and pieces. It had 32K of memory. (Yes, only 32K! These were the early days of computing and everything was very basic indeed.) The kit computer was the best available for our purposes at the time! There seemed to be wires everywhere.

Our separate monitor was tiny. The typeface was green, made up of obvious dots and the background was black.

My husband found a 2K word processing software package called Naspen that would work on our home-made computer. The output took ages to save onto what was the only option - audio cassette tape on an audio cassette recorder.

Our draft printouts were on a dot-matrix printer. Its typeface was made up of a small number of dots, hence the name. The printouts were legible but too crude for camera-ready copy for a book.

Paper for a dot-matrix printer came in long lengths with holes at the edges to fit the sprockets on the printer rollers. There were perforations for tearing the final printout into sheets if required.

Part of a printout from a dot-matrix printer. Tap/click to enlarge and see how the characters are very obviously made up of dots and also note the holes in the paper which enable to printer's rollers to move the paper line by line.

There was no facility for diagrams or pictures. We just had to mark where we wanted them to go.

The printer for the final camera-ready copy

We were determined that our camera-ready copy for publication would look as professional as the technology would allow. So we used golf balls on a borrowed proportional spacing electric typewriter. This of course was designed for a typist to sit at, whereas we needed it to run from a computer. So my husband made an electro-mechanical device, run from the computer, that sat on the keyboard and pressed the appropriate keys. We called the result our 'thunderer' because it made such a noise.

Obtaining a good text printout did not take care of diagrams or different font sizes for headings.

So the final printout had to be cut-and-stuck to fit, with spaces left for headings, diagrams and drawings.

Producing and placing the headings, diagrams and drawings

We produced the headings on separate paper using dry lettering, then known as Letraset, lined up using a drawing board.

The diagrams and drawings were produced on separate sheets. We then cut and stuck them in position, again using the drawing board to line them up.

The sticking was with a few dobs from a glue pen. These attached the pieces of paper loosely, so that they could be removed and re-stuck differently if necessary. 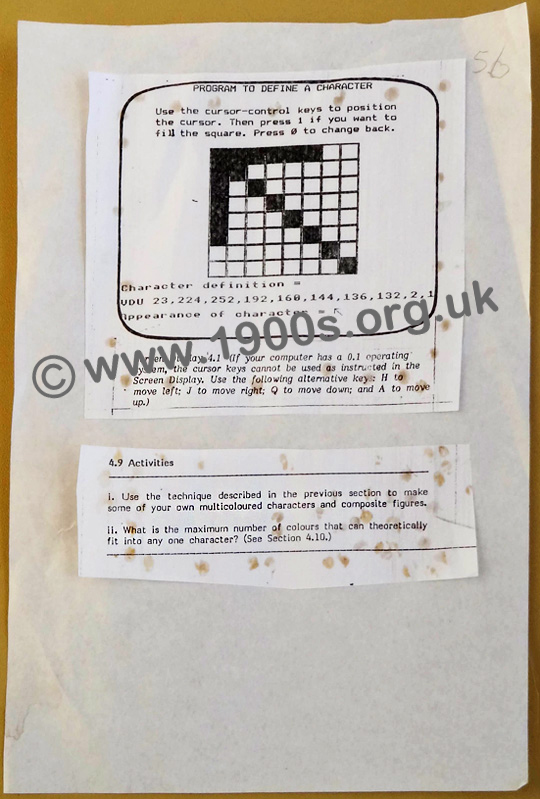 Stage of producing a page of camera-ready copy. The page was old at the time of photographing for this web page which is why the dobs of glue from the glue pen show through as dark. At the time of use they were invisible. The page was A4 size. Cropping to the page size of the book came later.

The resulting pages were still not suitable for camera-ready copy as they were fragile and would show shadows from the edges of the cut-and-stuck sections.

So every cut-and-stuck page was carefully photocopied on a good photocopier and the shadows were masked out with Snowpake or Tipp-ex fluid - used by typists for typing corrections. These had brushes attached inside their tops. When a top was removed, its brush was ready loaded with the white masking liquid.

Tippex masking fluid for masking out the shadows produced on the photocopies.

The result was reasonably robust camera-ready copy for the publisher.

The pictures show a sample double page spread from the published book. 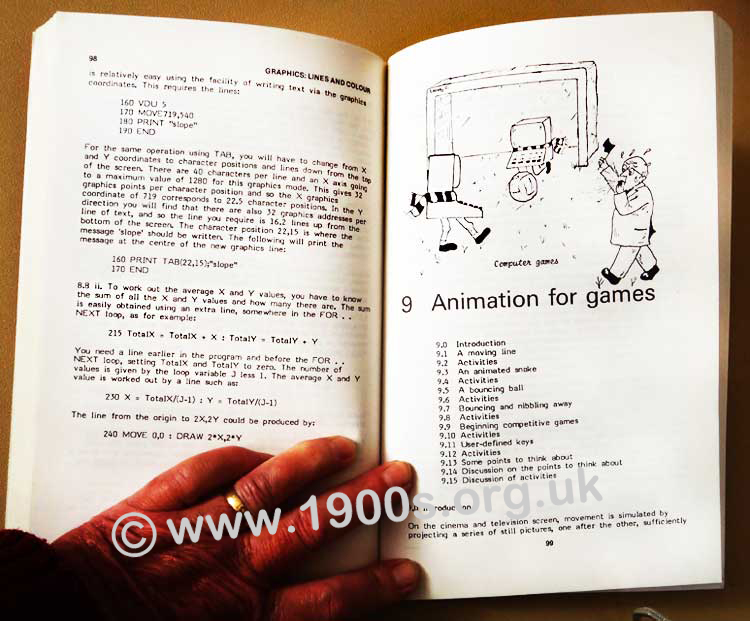 Page spread of the final book showing the results of the stages in the production of the camera-ready copy.

Now in the light of modern technology, the pages look a very amateur production, particularly in view of the time and effort that went into producing them.

Nevertheless it was at the cutting edge of authors' camera-ready copy production at the time, and the book was extremely well-received. It went to eight British printings and was translated into several languages.

Incidentally the book was very much a family effort. Our son helped with the programming and our daughter drew the pictures which fronted the first page of every chapter.