The paper for paper chains

We children would make paper chains for decorating our homes. Our parents bought us sheets of coloured paper which we cut into strips. 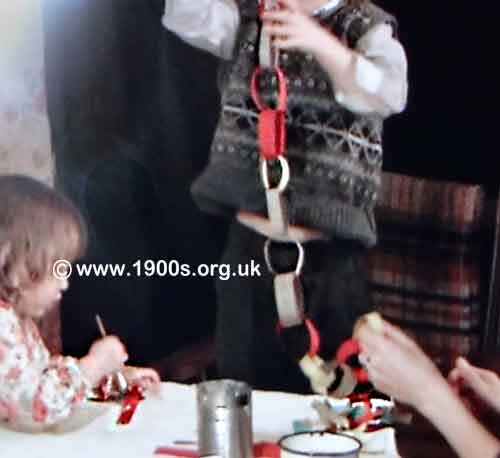 There were of course no special children's scissors. If we cut ourselves it was just considered to be our own fault.

Much later, ready cut strips could be bought in shops.

The glue for the paper chains 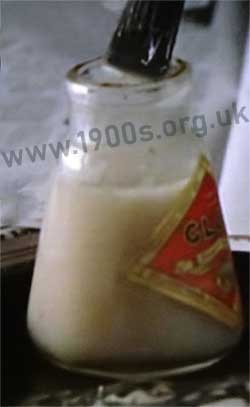 By the mid 1940s it was common to use a glue paste called Gloy which came in a glass bottle with its own brush in its cork stopper.

We made our own glue with equal parts of flour and water, stirred to a uniform consistency. No cooking was required. Then we glued the ends of a strip together, linking them round another strip to make the chain.

How the paper chains were hung in rooms

There was always the temptation to attach the paper chains centrally where there was a central gas lamp, but this was dangerous because the heat for the flame could set the paper alight. An alternative was to loop them round the walls.

Large organisations had Christmas trees - real ones. There were no imitations.

Possibly elaborate decorations for these trees were bought, but they were probably mainly handmade by older children or artistically inclined adults.

The school hall of Silver Street School, no doubt decorated by the children. Photo courtesy of Simon Benbow. Tap/click for a larger image.