Why watches were so expensive

One of the most far-reaching changes from the world going digital was with watches. It is probably difficult for anyone born after the 1960s to appreciate the relative scarcity and cost of pre-digital watches.

There were several reasons for the high cost of pre-digital watches:

All watches consisted of moving parts which had to be made to a high degree of accuracy to keep reasonable time, and they also had to be miniaturised. Furthermore the moving parts contained jewels - albeit tiny ones - for hardness, so as to wear out more slowly than metal. They were all analogue, i.e. with a round face with numbers round the edge and hands showing the time. 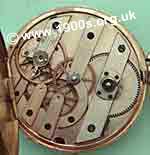 To add to the cost, watches seemed mainly, if not totally, to come from Switzerland. While I was growing up, the Government apparently felt that Swiss watches were a luxury and so levied high import taxes on them. Along with alcohol, which was also highly taxed in the UK, watches were the contraband of smugglers.

Pre-digital watches were much less reliable than the digital versions of today. There were several reasons:

The mechanisms for watches were susceptible to dust which could made them work erratically. I never understood how the dust got in as the back of the case remained tightly closed. Nevertheless when a watch became unreliable, it was always sent for cleaning as the first remedy sent for cleaning, even though the result was not always satisfactory. When dust got into the mechanism, it wore it away or distorted it often irreversibly damaging the watch.

Moving parts always wear away in time and pre-digital watches were full of moving parts. The hands of a watch were kept moving by a spring inside the watch which gradually unwound. This spring had to be wound up with a winder, which was a knob on the side of the watch. Watches had to be wound up quite often: either daily or weekly.

It was all too easy to forget to wind a watch in which case it went slow then stopped.

The winder was in frequent use which could cause it to drop off and be lost. A jeweller who doubled as a watch-mender could normally provide a replacement, but of course at a cost and not necessarily matching.

People were not necessarily assumed to have watches - or, at least, watches which told the time reliably. So it was quite normal to be stopped in the street to be asked if one knew the right time.

Even by the 1940s and 50s, relatively few people owned watches. Not only were watches expensive, they also frequently needed attention as they wore out, went slow or stopped. A watch was a status symbol.

Traditionally someone's 21st birthday was the start of what was called their 'age of maturity', i.e. becoming an adult rather than a child. The date was generally marked with a present which was more expensive than a normal birthday present. My mother's 21st birthday present from her parents was a gold wrist watch. It was Swiss-made, miniature and very expensive in real terms. That was in 1927.

Example of ladies wrist watches. This one is tiny, gold and from 1927, sadly with the ribbon strap missing.

It was rare for my mother to wear this watch. Perhaps she felt that it was showing off, perhaps it was too valuable to risk damage from housework, perhaps it had gone wrong, or perhaps it wasn't really functional. The face was so small with such tiny hands that a good light and good eyesight were needed for reading it. Also the strap was just a black ribbed ribbon which she referred to 'grosgrain' and which was severely frayed when I knew it. In the photo this strap is entirely missing.

In all my schools, 1944-1957, it was against school rules to wear a watch, probably because watches were so expensive. I did have one as a teenager because I had strict instructions to be home by 11pm on a Saturday night. It was in a dull metal case with a brown leather strap.

Before watches went digital, they never seemed to last long before they stopped or seriously lost or gained time. Whether this was true of the more expensive watches, I don't know.

The next major pre-digital innovation in watches - in the late 1960s or early 1970s - came as self-winding watches. The idea was that they never needed to be wound up because the movements of the wrist in everyday activities worked the mechanism. I had one which ran well for a time, but then went irreversibly wrong.

My husband also had a self-winding gold watch which he likes very much but doesn't wear for fear of damaging. It still works well ove 50 years later and is brought out for special occasions.

Setting the time on a pre-digital watch

The winder on a watch was dual purpose. If it was pulled out slightly then turned, it moved the minute hand. The hour hand could only be moved an hour at a time by moving the minute hand through the full 60 minutes.

If the knob was not pulled out or pushed back in after setting the time, it could be turned clockwise to wind the watch up. This was accompanied by a clicking sound indicating that the spring was being wound up. Rotating the knob anticlockwise did nothing.

The end of watches that needed winding

The death knoll of self-winding watches and all mechanical watches sounded with the development of digital watches which were exceedingly cheap and totally accurate and reliable without needing to be wound up.