My recollections of watches start with the 1940s. However, various comments from my parents and grandmother plus my own recollections of older men using pocket watches have enabled this page to go back to the very beginning of the 20th century and possibly before. Old pocket watch: the watch; the chain with its fob and some sort of hanging decoration; the suspension ring and winder

What pocket watches were and how they were used

Watches used to be very expensive in real terms because they had small workings which were made individually; battery driven electronic watches were years away. So pocket watches were kept in pockets for safety. Hence they were known as 'pocket watches'. For security reasons they were kept on chains which slotted through specially made holes in waistcoats. These holes were edged like button holes but were round in the good quality waistcoats - although it was not unknown for men to use existing button holes. In fact this is what is generally shown in pictures on the internet of modern men modelling pocket watches. The holes never bore the weight of the watch - that was borne by the pocket. It was merely a safety measure if the pocket tore or someone tried to pickpocket the watch. 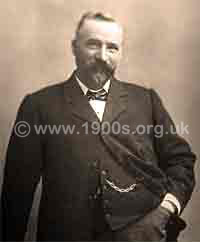 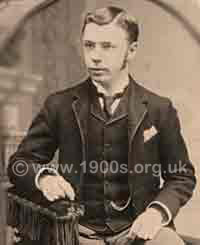 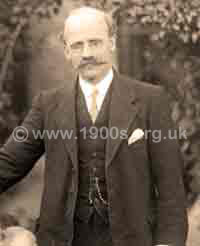 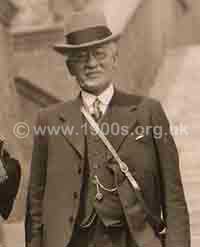 Pocket watches, like all pre-battery watches, had to be wound using a winder on the outside of the case. This tightened a spring which powered the watch as it unwound. When completely unwound, the watch stopped.

This winder was inside the ring from which the watch hung.

The winder of a pre-digital watch: visible or hidden

In normal use, the winder is not visible, but it can be pulled out slightly on what was called the watch stem.

The spring needs to be wound in clockwise rotation. But for convenience, so as to avoid changing grip, anti-clockwise just clicks a ratchet but does nothing else. A back and forth repeated action by rubbing the winder backwards and forwards eventually meets resistance showing that the spring is fully wound.

Pulling the winder out, causing the watch stem to show, engages the hands, clockwise advancing time and anti-clockwise reversing.

I was always told that the watch hands must only be advanced in a clockwise direction because winding anti-clockwise will either damage the mechansism or meet resistance. Certainly this is no longer the case for setting the time on modern clocks.

Pocket watches were expensive and the photos show men seemingly make a point of displaying them. Owning a pocket watch was clearly important and indicated that the wearer was proud of his status. As far as I know, no watches were ever worn on wrist straps until later in the century.

Whereas owning a pocket watch was a status symbol, the type and style of the chain could enhance status still more. Many chains were relatively thin and made of a base metal, but heavy gold was what wealthy men aspired to.

In the first of the above pictures, the man is apparently nonchalantly putting his hand is his pocket so enabling him to show a heavy chain which is probably gold and a waistcoat with a custom-made round hole.

Gender inequality and owning watches in the early 20th century

It will not have escaped your notice that the pocket watches in the photos are all worn by men - an indication of the accepted gender inequality of the late 19th and early 20th century. Owning a watch seemed to be almost entirely a male prerogative.

My grandmothers were born around 1880 and they came from very different social backgrounds.

The pocket watch in the following photo belonged to my grandmother from the somewhat better off background. It is smaller than a man's pocket watch with a shorter chain, but otherwise its main parts are identical to those of men's pocket watches. I would love to know how she wore it. She was killed in the World War Two blitz so I never had the chance to ask her.

The chain is made of gold with each of the long links hallmarked. On the far left is the longish, narrow part that was fed into the hole of some sort of jacket. It would have been invisible in use as it would rest on the body side the jacket. The fob is a gold soverign. Clearly a status symbol in its own right. 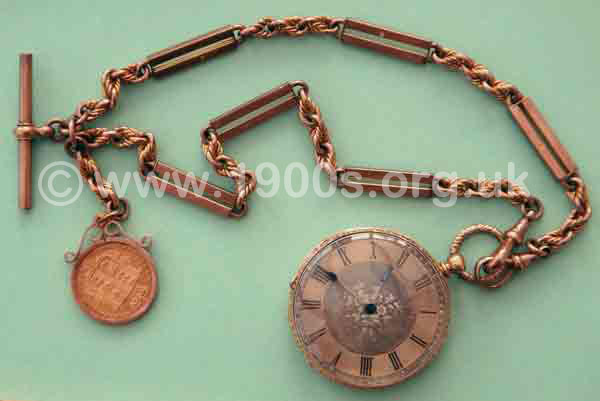 Womans gold pocket watch in the wider family. The fob is on the far left and the sovereign dated 1885 is just a decoration.

My other grandmother never owned a watch and there was probably not even a clock in her house while she was raising her young children in the early 1900s. In later life she mentioned that when she wanted to know the time, she used to go out of the front door to read the clock on the tower of the local church. This was some considerable distance away.

My mother, her daughter, would recount tales from her early 1900s childhood when her own grandmother would send her on errands to find out the time.

The watch in the picture does not have a solid protective case over the glass of the watch face, but it was common for watches to have some sort of hinged case.

Where the case covered the watch face, the watch was called a Hunter Watch. The user had to press a knob to snap the case open in order to read the time.

A Half Hunter pocket watch had a case with a glass central portion which protected the watch while allowing the user to read the time without having to open the case. Often cases were beautifully engraved.

The picture at the top of this page is a Half-Hunter.

There were all sorts of variations. I was told of a Hunter watch that had a figure pop up when the case was opened.