Arrangements at a death in Victorian and Edwardian England

When I was a child in the early 1900s and there was a death in the house, the first thing to do was to get a message to the undertaker. He would bring the shell of a temporary coffin to the house. Then the body would stay at home in the parlour for about a week to give time for the funeral arrangements to be made.

Card with a black edge which came through the post to notify of a death.

The relations had to be informed, and in those days we had to rely on the post, as the telephone was not for the likes of ordinary people. The custom which has long died out was the black edge to note paper and envelopes. Sometimes when our parents received one of these letters, it was their first intimidation that there was a death in the family.

My mother's recollections say nothing about registering the death. Presumably this was something that she, as a child, was never involved in. Certainly by law, deaths had to be registered.


The accepted clothes for mourning 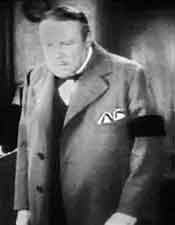 Man wearing a black armband, the symbol of mourning a dead relative or close friend - screenshot from a pre-WW2 film

The order of the day was for the adults in the immediate family to wear all black clothes, and these had to be bought or borrowed. Children did not wear black. We wore a black armband on a coat sleeve, as did distant relations.

Widows' weeds were veils of black tulle, about 2 ft [600 mm] square, attached to women's hats. They could be pulled over the face or allowed to hang down the back, and were worn for about three months which was the recognised time of mourning. Grey was considered as half-mourning which took over after the period of the full three month mourning.

Ordering flowers for the coffin

Flowers had to be ordered. 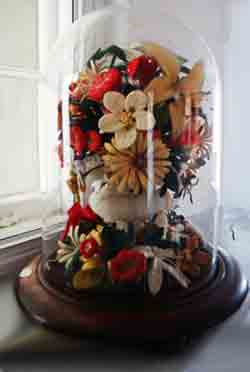 Artificial wreaths were quite fashionable at the time. These were about the size of a family cake and consisted of wax flowers attached to a base and covered with a glass dome case. The donor's card was inside. These wreaths could remain on the grave for a number of years. It was customary for neighbours to collect for a wreath, usually about three [old] pence per house.