Discomfort in the cause of curly hair

Metal curlers must have been incredibly uncomfortable things to sleep in, but throughout the 1940s that is what my mother used every night. 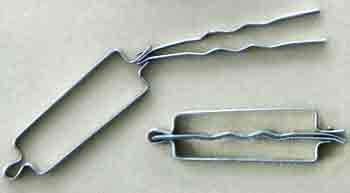 Metal curlers, from my mother's effects

How to get relatively comfortable sleep in metal curlers 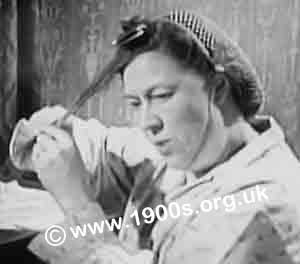 My mother made her first curl by pulling all the hair on the top of her head forward and making a curler just above her forehead. Then she made other curls so that they would lie around her neck. There was thus no curlers on the back or sides of her head, and if she placed her head carefully, she was therefore never actually resting on them while she slept.

Comfort in bed with these curlers would explain the fact that the most common hair style seemed to be straight at the back and on top with curls just at the ends and at the front. As a young child, I used to think that hair just grew that way.

The following examples are edited screen shots from old films. 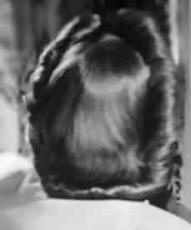 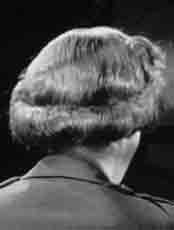 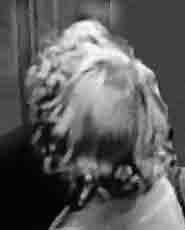 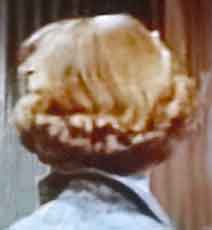 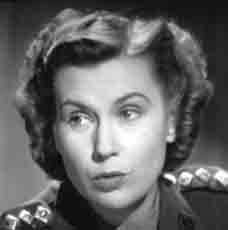 The curlers were generally kept in place with a hair net. Even into the 1950s when I had a Saturday job serving in a department store, there was a regular call for hair nets. The nets were made of a very fine thread-like mesh, held in shape with narrow thread-like elastic. They were available in a range of colours such that a net could match a natural hair colour and be almost invisible when worn. 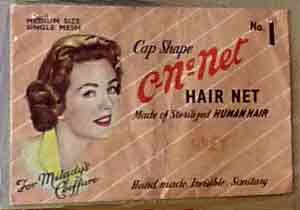 Hair net designed for daytime use, still in its original packet. Photographed in Nidderdale Museum.

The hair nets came in different thicknesses. The thin ones, described as 'invisible hair nets' were for daytime use - usually by older women.

Hair nets would get holes in them, so my mother often slept with two, arranged so that the holes in one were covered by the sound parts of the other.